From Religion to Spirituality 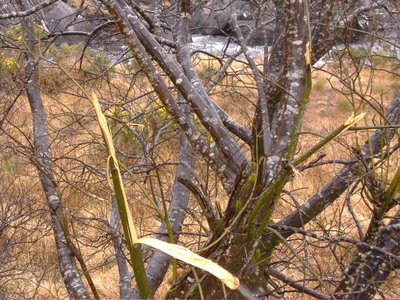 From Religion to Spirituality 1

The modern movement in both philosophy and theology has been a trend toward a person-centred process.  When I was studying both in the late 1970s this was constantly referred to as “the turn towards the person/the personal.”  Systems especially tightly controlled ones, in the wake of the American Hippy movement and the student revolutions of Europe in the 1960s became highly suspect.  There was an air of renewal about.  The catch phrase from the USA, or at least one of them, was “make love not war!” There were also The Civil Rights Movement and the Anti-Viet Nam war lobby in America.   Bob Dylan was the prophetic songwriter and songster of this optimistic, romantic and young “personalist” movement.  He sang many popular ballads which were to become anthems of the era like “Blowing in the Wind”, “The Times they are a-changing” and “Mr Tambourine Man.”  The modern era had begun.  Even for the Roman Catholic Church there was talk of renewal, and the Second Vatican Ecumenical Council was ushered in by the prophetic jolly plump little Pope called John XXIII.  This pope will probably be judged to have been the greatest Pope of modern times.

Rolling forward the years to the present systems which tend to be highly organized and very centrist as regards power tend to be less popular.  Twenty-first century humankind in the West wish for no theocracy.  Modern human beings cherish their autonomy and freedom as human beings.  External rules and regulations mean little even where values are held highly.  Persons today value the dictates of their own consciences and don’t have any felt need for external authority.

In a sense the demise of Church authority has paralleled the rise in the authority of the autonomy of the authentic human person.  Hence authoritarian external structures which were once “holy, catholic and apostolic” like the Creed definition of The Roman Catholic Church have given away to a surfeit of spiritualities.  Here we have a consequent diminution in the power of the official churches.  No wonder the plethora of modern spiritualities are looked upon both with suspicion and real fear by the official Churches.  Quite simply they are losing their influence and their power.  Their magic and mystique have deteriorated at an alarming rate.

I have referred to the failure of a lot of our official Churches to satisfy the real spiritual needs of modern humankind.  Women certainly dislike, and why shouldn’t they, their second class citizen status in the RCC.  Then there have been the numerous, almost endemic clerical sexual abuse scandals coupled with the mammoth fall in vocations in the Western World.

People are turning in huge numbers to the exponentially increasing Self-Help Movements.  Go to any Body Mind Spirit section in any book shop and you will see the plethora of modern aids to heal the wounded spirit of modern human beings.  They there are all those complementary (not alternative, I hasten to add) therapies and they are much to be recommended and praised.  The challenge for churches of all denominations is that this plethora of humanistic (in the best sense of this word) and indeed humane and helpful spiritualities and supplementary therapies are “curing souls” (cura animarum) which once was the central role of all mainline Churches. The picture I have uploaded above is one of a broken branch I took at Delphi March 2006
Posted by Tim at 11:02 pm No comments: Links to this post