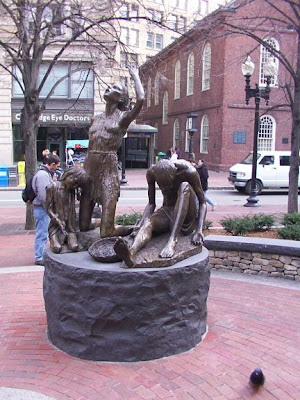 Communicating with those diagnosed as Mad 1

What follows here makes absolutely no presumptions of any type of authority and is merely my personal opinion. Indeed, I suppose I just want to get my mind around what exactly the terms “sanity” and “insanity” mean. Like all divisions which we humans make for differentiating between opposites often it would seem that the dividing lines are not that crystal clear, yet we know there is a division more or less somewhere between them. Perhaps an analogy from topography or cartography like the borders between different countries is a useful comparison because they are very far from being straight lines on a map and they also traverse heights and depths as well as breadth – I refer to hills and mountains, lakes and seas here in this latter part of this sentence. Hence, no accurate demarcation lines can be drawn between sanity and insanity, though the psychiatric community does make an effort to draw these somewhat less than accurate lines.

I have met many people who have suffered from various psychiatric illnesses, having “lived” in a psychiatric hospital for seven weeks in late 1998. As I was getting better towards the end of my sojourn among the mentally wounded I began to notice all the different character types and all the different diagnoses that were made of the various other patients I encountered: Reactive Depression, Endogenous (or Uni-polar) Depression, Manic (or Bi-polar) Depression, patients who suffered from Panic Attacks, those who were afflicted with Schizophrenia in all its manifestations from Disorganized to Paranoid. Then there were the various addicts from Alcoholics to Drug Addicts. There were others still who suffered from various other nervous disorders like Anxiety and various other Phobias, the most common being Agoraphobia. This last phobia is the only specific phobia treated separately, owing to its frequency in clinical practice and its often debilitating character. All the hundreds of other phobias are classified under two headings: (1) Simple Phobias and (2) Social Phobias. My diagnosis for clarity here was and still is Endogenous Depression for which I continue to take medication. Thankfully I have been well, very well indeed for the past 7 years.

Anyway, paragraph two here is the source of my interest in this subject. It is also one of my reasons for being interested in psychotherapy and for my intention to pursue this field when I leave teaching in the near future. This specific blog entry is encouraged also by my re-reading R.D. Laing’s pioneering attempt to understand schizophrenia called The Divided Self (Penguin, 1960). While Laing occasionally refers to such persons as being insane, the experts point out that this latter term has been so brutalised and so abused that it is no longer used in mainline psychiatric medicine. It is used only in forensic psychiatry and in legal circles as in what’s called the “insanity defense” in murder cases. However, for clarity, I wish here to distinguish between a psychosis (psychotic disorder) and neurosis (neurotic disorder). The defining characteristic of the former is “gross impairment in reality testing” (The Penguin Dictionary of Psychology, 1985, p. 598). In other words the person finds it hard to distinguish between what is the real and what is the unreal in his/her day-to-day living. Classic symptoms here include delusions and hallucinations. Standard literature lists the following as psychoses: Manic-Depression, Paranoia, Schizophrenia and some others. Neuroses, on the other hand are not as crippling of the individual, though they are experienced as painful. Here the boundaries between real and unreal are largely left intact – by and large the patient can get by socially, though with some problems. (Obsessive Compulsive Disorder is a neurosis)

The subjects of Laing’s work were mainly the Schizophrenic. In other words they were psychotic not neurotic. I state this for my own clarity of thought in these few paragraphs which are essentially my struggling to define what I outlined in my first paragraph. The book I’ve quoted, The Divided Self was written by a very young psychiatrist. Here are Laing’s words in the preface to the pelican edition in 1968: “I wrote this book when I was twenty-eight. I wanted to convey above all that it was far more possible than is generally supposed to understand people diagnosed as psychotic.” (op. cit., p. 11) As early as 1968 Laing began to question who was really sane – the people who sat in their tin boxes on their way to work (or those who make war in Iraq or in Israel, or We who poison the atmosphere, etc?) vis a vis the patients whom he interviewed with such empathy. Here’s what he goes on to say in this preface: “In the context of our present pervasive madness that we call normality, sanity, freedom, all our frames of references are ambiguous and equivocal.” (ibid., p., 11)

P.S. Laing, of course, gives typical sixties examples of contemporary ‘sanity’ like “better dead than Red” or “All men are machines” (what some scientists were and are still saying) while examples of the then current “madness” were persons who say “I have lost my soul” or “I am a Machine.” Laing was courageous to ask the question "Who is mad?" Where do we draw the lines between sanity and madness? Or again who is drawing the lines?

Above I have pasted a picture I took of a sculpture the victims of the Irish Famine in Boston in March 2002. I think the pain represented in their features is similar to that of those mentally ill.
Posted by Tim at 10:00 pm

The term "squaring of the circle" is associated with Jungian depth psychology and recognized as a means of creating a mandala...

A MANDALA IS A SYMBOL OF THE PROCESS OF PRODUCING A NEW CENTER OF PERSONALITY – THE SELF.

IT CONSISTS OF CONCENTRICALLY ARRANGED GEOMETRIC FIGURES SUCH AS THE CIRCLE, THE SQUARE, OR THE SYMETRICAL ARRANGEMENT OF OBJECTS IN MULTIPLES OF FOUR.

MANDALAS ARE USED IN LAMAISM AND TANTRIC YOGA.

WHEN MANDALAS APPEAR IN DREAMS AND VISIONS, THEY BRING PSYCHIC PEACE.


Source: Story as a Vehicle of Healing

See also: How to Produce an Acute Schizophrenic Break