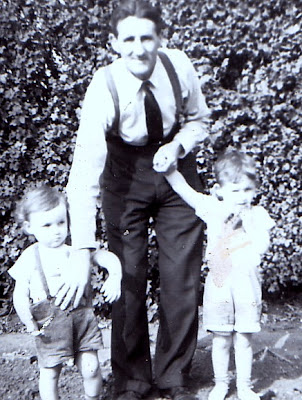 The Stuff that Dreams are made on 1

Of Dreams and Nightmares

The complete quotation from Shakespeare’s play The Tempest (1611) runs:

“We are such stuff
As dreams are made on and our little life
Is rounded with a sleep..."

Yes indeed we are the very stuff upon which our dreams for the future can be built. As I teach I constantly try to keep this to the forefront of my mind. I want the boys whom I teach to have dreams for the future, and to realize in their lives their true potential. Hence imagination, I believe, is the very cornerstone of education and creativity its expression in action. Here, I define imagination as getting the ideas and creativity as putting them together into action.

To a great extent, imagination and creativity are the hallmarks of a childlike approach to life. The famous artist Henri Matisse recommended that we “look at life with the eyes of a child.” I suppose here we could learn a lot from looking at children when they are at play – how they allow their imagination to run riot – how sticks can become guns, poles become transformed into horses, model cars the real thing, dolls transmuted into babies, barns into fortresses, tree houses into castles etc. Children are quite natural at role playing, too, because they learn by imitating adults they see in action. Richard P. Feynman, the Nobel Laureate for Physics, always retained a sense of childlike playfulness as a route to the discovery of new knowledge.

I remember when I was at college in the seventies of the last century my lecturers referring to the concept of “Homo Ludens” or “Playful Man.” This notion had been made popular by the eponymous book by the Dutch scholar, historian and cultural theorist, Professor Johan Huizinga. Huizinga emphasizes therein the play element of culture as distinct from simply the play element in culture. The preposition “of” is vitally important and much different in impact and meaning from the preposition “in.” The import of the “of” preposition means that playfulness lies at the very heart of the evolution of culture itself, while “in” would just refer to specific games within culture. Today the way we communicate through internet has given rise to a human being that almost constantly plays, learns and shares experiences in games, video and basically any other kind of information.

All of the above is marvellous in theory and absolutely wonderful if we can achieve it in practice. Undoubtedly, there were and are and always will be families where liberal, caring and loving parenting has occurred. However, from my own classroom experience since 1980 here in an inner city boys school in Dublin there is a growing percentage of children who have never experienced such an environment to stimulate their healthy growth physically, emotionally and intellectually. However, I must concur with the expertise of such leaders in the field of mental health and psychotherapy like Dr Alice Miller that “Apart from extreme cases, there are large numbers of people who enter therapy in the belief (with which they grew up) that their childhood was happy and protected.” (The Drama of Being a Child: The Search for the True Self, Virago, 1987, 2006, p. 5) They go on in the course of therapy to realize that while they may not have been systematically abused by parents or significant others they were in fact traumatized and victimized on occasions unconsciously by unthinking and unaware but otherwise caring parents. In other words here we have come face to face with the old dictum that there is no such thing as a perfect family, a perfect parent or indeed a perfect person. Many adults unthinkingly and unconsciously repeat the mistakes of their own parents and so on all the way back to antiquity.

I cannot move on in this small post without quoting the very famous opening sentence of this wee book, The Drama (op. cit. p. 1): “Experience has taught us that we have only one enduring weapon in our struggle against mental illness: the emotional discovery of the truth about the unique history of our childhood.” In an appendix, which I consider to be almost a charter for the rights of the child, and consequently for the rights of adults, she goes on to advocate point by point how children should be treated to ensure the eventual sanity of the very race. She sees this as a revolution on a par with that of Copernican one in astronomy.

Point number 8 is brilliantly stated and cuts to the quick. I’ll finish this post with that point:

“Till now, society has protected the adult and blamed the victim. It has been abetted in its blindness by theories, still in keeping with pedagogical principles of our great-grandparents, according to which children are viewed as crafty creatures, dominated by wicked drives, who invent stories and attack their innocent parents or desire them sexually. In reality children tend to blame themselves for their parents’ cruelty and to absolve their parents, whom they invariably love, of all responsibility.” (ibid., p. 154)

The above photo shows my brother Gerard and I with my Dad at our maternal grandmother's house in Crumlin, early 1960s
Posted by Tim at 11:47 pm