Counteracting Violence. Is it possible at all? 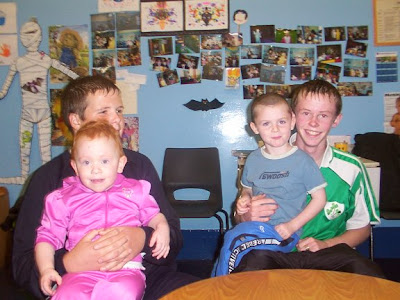 The Importance of Little Acts of Kindness

One of the quotations that dwell in my mind since secondary school is the following which I instinctively loved: They are words penned by William Wordsworth a few miles above Tintern Abbey,

"That best portion of a good man's life,
His little, nameless, unremembered acts
Of kindness and of love."

I remember with joy reading this beautiful poem as a boy. Those words are indeed important, because oftentimes they may mean so much to the hearer. I remember a psychology lecturer at college recounting a personal story which had happened when he was a boy. He had been very hard-pressed and worried once at school because his mother was very ill and financially things had not been good at home and he was one of the carers for his mother. Even these days (this lecturer is still alive and still working) he remembers the kind words of the principal who happened to be standing at the entrance to the school saying, “Tony, things must be very hard for you?” This lecturer informed us that he would remember those kind words until his dying day. It’s the same in my own life, as I’m sure it is in the lives of very many others, such words and acts of kindness, long forgotten by their benefactors, were and are truly significant to our personal growth as human beings.

Today’s society is a frighteningly violent one. Last evening on The Late Late Show here in Ireland there was an item on wanton violence perpetrated on unsuspecting random victims. The randomness, cruelty and sheer violence of such attacks was both disturbing and terrifying. These acts are perpetrated in the broad day light against anyone in a random manner. I remember a friend of mine being assaulted after these words from his attacker, “Hey you, what are you lookin’ at?” There then followed a head butt and some kicks into his prone body, thankfully not his head. Then at school, there have been many pupils who have been randomly and viciously attacked for no apparent reason. Why all this violence?

In a previous post I was commenting on Alice Miller’s wonderful little thought-provoking book The Drama of Being a Child. Even in a family which is less dysfunctional than others the child will bring with him or her unconscious traumas and hurts, which he or she, if they are lucky, will manage to come to terms with over the course of their maturation as adults. If they are comfortably off they will have more supports than their poorer contemporaries. Now take children reared in more dysfunctional families of the less well off and obviously we have a recipe for future personal difficulties in adult life. Given that most of these people will have little access to psychotherapy and personal counselling which to a large extent remains a privilege of more middle class society. Of course, I’m not saying that middle class people are any less violent than their working class or unemployed counterparts given the right combination of circumstances. One of our sixth year students was murdered by a 17 year old boy from Dublin 4, both of whose parents are millionaires. Whatever the evidence from this court case may propose as the possible cause for this unprovoked attack, maybe psychiatric problems or even drug-induced stupor or whatever, there is no doubt that violence is not delimited to any one class of society. However, statistics from our Department of Justice and Prison Services would suggest that a greater percentage of such violence emanates from the poorer sectors of our society.

However, statistics or any sociological appraisal is beyond my concern here. I’m more interested in the psychological and psychiatric factors rather than the sociological ones. My experience of teaching over the past 28 years in an inner city school in Dublin leads me to aver that there is much more anger in our youngsters today. Questions we must ask are where does this anger come from? What are the causes? What are the possible solutions? Youngsters answer back more aggressively than they ever did heretofore. Parents are very much in trouble – being unable to control their children. Many give into their every whim and even tantrum. We are trained to be Doctors, Teachers, Psychotherapists, Train Drivers, Lorry Drivers, Postmen etc., but we are never trained to be Parents. Arguably this is the most important role any adult can have in society – the passing on of values and standards and practices of good behaviour.

A poet friend and former teacher of mine, Fr. Pádraig Daly, O.S.A. argues that it is the stunting of a child’s natural creativity than leads to the phenomenon of random destructiveness. A child who cannot express him or herself creatively will do so by eventualky breaking things up and in extreme cases perhaps even harming animals and humans. I think there is a lot of truth is his contention. Creativity and the power of the imagination are singularly lacking in our educational system which is still very teacher and subject orientated at secondary level here in Ireland at any rate. The pupil-centeredness of the primary curriculum has not trickled through to the secondary sector really.

As I have only recently been asked to teach 1st and 2nd years after a fifteen year absence from junior cycle education I am more aware of how much I must work to build up the smaller kids, especially the weaker ones. Among our first years there are a good number of these latter with a host of different abilities and disabilities. However, a word of encouragement and affirmation never goes astray. One can almost physically notice a kid react to such positive words. There is an extraordinary power in positive discipline. Somehow, amidst the cares and strains and stresses of the curriculum as the years advance both teacher and pupil are sucked in as it were into the web of the exam system which can often be dehumanizing insofar as it emphasizes mounds of facts and information to be learned and forgets the personal development or indeed the needs of the child. Hence both teachers and pupils become tetchier and less patient with one another.

However, however my frayed nerves may be at the end of any school day I’m still convinced that it is of the utmost importance not to succumb to cynicism or sarcasm or to negative discipline. Sure there is anger in our students often created unconsciously by their own parents repeating the mistakes their own parents made many years previously. Also, for sure, there is anger often created by teachers unconsciously repeating the mistakes of their own parents and former teachers. Sure, this anger may be that which will light the fires of violence in our streets at the weekends. However, it is our duty both as parents and teachers to acquaint ourselves with the sources of the anger in our youngsters. It is also our duty to work for our own personal and professional development by making conscious our unconscious anger and bad management of our young people. We must question the ways we treat our pupils and children. Let us ask the hard questions of our own motives and behaviours. If we do so we will learn some profitable lessons and be more able to counter to some small extent at least the growing aggression in our young people. We will learn the importance of the wisdom accumulated by our forefathers over the years which are contained in the following quotes and in the one with which I opened this piece of writing. One thing we could do is ponder them as often as we can. Thus we will be able to play our little but significant part in combating random and unwarranted violence.

 "It is very nice to be important, but, it’s even more important to be nice." Author: unknown

 "Be kinder than necessary, for everyone you meet is fighting some kind of battle." Author: Anonymous

 "I believe that it is the weak who are cruel, and that gentleness is to be expected only from the strong." Author:Unknown

 "Being kind is not your weakness. It is your best strength " Author:Kuppuswami Muralidharan

The above quotations I found on a wonderful site called www.actsofkindrness.org, a permanent link for which you will find among links on the right hand side of this blog.

The above is a picture I took of our Transition Year students in 2003. It's more important, indeed, to be nice!
Posted by Tim at 6:29 pm

Parents and teachers are the roll models for children. The evils of the society enter the minds of the young too early in their life and are difficult to eradicate or erase later.
http://www.vivekanandayb.blogspot.com