The Human Condition - Sanity and Insanity 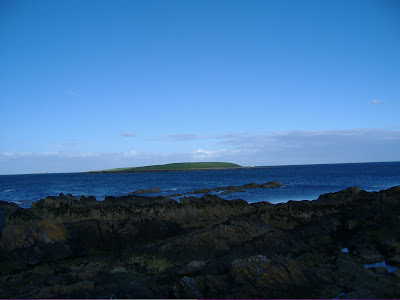 Understanding the Human Condition (and Madness) – Maybe it’s all a question of the way we use Language?

“‘I see’, said the blind man, though he could not see at all” is a saying I remember my mother and father using quite often when I was a boy many years ago. It’s an example of what is called a Wellerism after Sam Weller, Mr Pickwick’s good natured servant from Charles Dickens’ famous book The Pickwick Papers. A Wellerism is an expression of comparison comprising a usually well-known quotation followed by a facetious sequel, and often times it points out how language at its worst can be highly ambiguous and at its best highly humorous.

Sloppy use of language can lead to all manner of contradictions and indeed misunderstandings. How often, I wonder, has such a shoddy use of language led to violence or even war? I argue here in this post that a slipshod use of words can lead to all types of presuppositions, prejudices and biases about nations and peoples at the macro level and even about our next door neighbours and family members on the micro level.

We are naturally drawn to contrasts because they are polar opposites. Black and White is an obvious example, while Good versus Evil is a starker one often appealed to at the time of international crisis or war. However, to anyone who is the slightest bit observant and/or intelligent there are, of course many shades of Grey between Black and White and many nuances of behaviour between Good and Evil. Not alone that, but the observant will be aware of the possibilities of many other colours on the palate of human behaviour outside black, white and grey.

Working with opposites has always appealed to me and such a study goes back a long way both in philosophy and literature. Writers like S.T. Coleridge and W.B. Yeats were interested in such “antimonies.” They saw that the dynamic nature of life was somehow enabled through the interplay of both poles as it were. If we are to illustrate this dynamism one could draw a line across a page and put one pole, say A at one end and the other pole, say B, at the other end and along that line lies what we may term a continuum, e.g.,

where A can represent White, Good, Extravert, Happy, Sane and B their polar opposites Black, Evil, Introvert, Sad, Insane etc. Now the above line between the two poles is a continuum which varies in intensity with reference to the opposite poles and common sense and reflection tell us that we or any reality we care to observe or contemplate may be at any one point in our experience of ourselves or of the world. In other words a Polar Opposite view of the world without the continuum in between must be ruled out as being a very narrow and blinkered view of reality. Indeed a logic based on a True/False dichotomy or a simple 1/0 dichotomy where 1 represent True and 0 represents False is a very narrow logic indeed – even though they are a very workable and simple logic which enables our computers to work. However, modern logicians and computer scientists avoid this rigidity of the more traditional logic by inventing more flexible categories of logic like “Fuzzy Logic” which encompasses the full scope and complexity of natural language.

Lofti Zadeh, developed Fuzzy Logic, to allow for what I have called the continuum or line between the polar opposites. For Lofti Zadeh a particular proposition may be only partly true and might be represented on our continuum or linear graph or line as true to the degree of .8 (80%) and false to a degree of .2 (20%). This point can be graphed very easily with simple mathematics on our line or continuum.

Previous to this post, as any of the readers of these entries will note, I have discussed many times my preoccupation with mental health and its polar opposite mental illness. If we place Sanity (Mental Health) at point A and Insanity (Psychosis or Extreme Mental Illness) at B and consider the problem in its complexity then we are confronted by a more realistic presentation of Mental Health. In other words, it is obvious that there is no cut and dried point at where we can say sanity ends and insanity starts. This then, would be, to my mind a more comprehensive and authentic (in so far as such is possible) representation, although mathematical in nature, of the real mystery with which the brain and its only (?) constituent member the Human Mind confront us.

Life presents us with paradoxes and mysteries and enigmas. Reality is not all that crystal clear. There are always umbras and penumbras, shades and shadows, blurred edges as well as sharp images at the centre. To use metaphorical terms we can ask questions like “How long is a piece of string?” and “How many grains of sand make a heap?” to point up the complexities of life and its many truths. The latter question here refers to the traditional Greek Paradox called The Sorites Paradox. [The Greek word ‘Soros’ = ‘Heap’]. I’ll finish this post with two quotations worth pondering:

“There are no whole truths; all truths are half-truths. It is trying to treat them as whole truths that plays the devil.” (Alfred North Whitehead, 1953)