In Search of Sanity 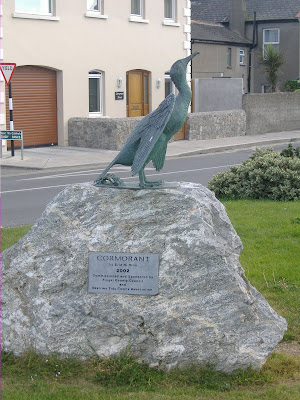 I take heart when I read such honest statements like the following near the beginning of a book, “Within a month of signing my appointment papers to become an assistant professor of psychiatry at the University of California, Los Angeles, I was well on my way to madness; it was 1974, and I was twenty-eight years old.” (An Unquiet Mind: A Memoir of Moods and Madness, Picador, 1996, p.4). The speaker or writer of these words is Dr. Kay Redfield Jamison, Professor of Psychiatry at the John Hopkins University School of Medicine. As a student of literature in my college days I had long been educated that the true criterion of good style and good literature was and is honesty. I still believe heartily the truth of this contention. Likewise, I feel that honesty, being always the best policy in human affairs, is also the best policy in true education and science. Kay is a manic depressive and this bipolar disorder is the madness to which she refers.

I have long been fascinated by “madness,” and what we might mean by this over-used and sadly much abused term. From my younger days I recollect the oddities or simpletons of my youth who wandered our small country town and its peripheries. I recall the so-called local bogey man, Joe X, whom adults used to warn us to stay away from and the town simpleton who was always looking for “any aul’ coat, Tommy?” This latter used address my father this way – my father’s name was Thomas. Then, at school and college I came across some crazy and not so crazy individuals. Also I encountered individuals who were deeply troubled and much suffering human beings. One was the beautiful Paulene X who sadly took her own life some time in 1979 when I was twenty-one years of age. I can still recall Paulene’s beautiful smile and her wonderful intellect so keenly displayed in our philosophy classes. Paulene was only twenty-two. As I recall she had suffered from depression, had spent some time in a psychiatric hospital after attempting suicide. Other memories I have of this beautiful intelligent girl is that she often gave me a lift as a pillion passenger on her Honda 50.

I remember our philosophy lecturer, Rev. Patrick Carmody, M.A., M.Phil., who was chaplain to the particular Psychiatric Hospital, telling us that her psychiatrist had said that poor Paulene was so badly mentally wounded that suicide was inevitable. Such a diagnosis stunned me. Indeed, it proved to be true. Questions still linger in my mind, like “could other interventions have been made to prevent her suicide?” Last year two pupils, the school counsellor and I between us prevented a possible suicide. I won’t say much more here for fear of identifying the person in question. Coupled with the foregoing are my acquaintance with many others who have one or other of the various mental illnesses like Reactive Depression, Endogenous Depression, Manic Depression, Alcoholism, Drug Addiction (prescribed drugs), Schizophrenia and Paranoia etc.

Dr. Kay Redfield Jamison refers in her introduction to a wonderful Chinese proverb which runs: “To conquer a beast you must first make it beautiful.” (op. cit., p. 5) I think there is a lot of truth in this proverb. The stranger is always ugly is he/she not? When we befriend the stranger he or she then becomes beautiful. Love a monster and it then becomes beautiful. At the extreme of human nature, I am reminded of the wonderfully sensitive and intelligent human being that John Merrick, the Elephant Man, was. The poor Elephant Man was for much of his human existence a Gross and Ugly specimen to be exhibited as an example of a Freak of Nature. All a civilized human being had to do was look beyond the “ugly exterior” to the “beautiful interior” to find the wonderful human being that John Merrick was. Many failed in this human task much to their shame. To return from the extreme example to more everyday examples, we only learn to conquer our own mental illness (our own beast, as it were) when we learn to make friends with it (make it beautiful). Making friends with our own illness means accepting it and then looking for both professional medical and therapeutic help. Dr. Kay Redfield Jamison continues to describe her madness or manic depression in an insightful way as “this quicksilver illness that can both kill and create.” (ibid., p. 7)

But more importantly what I wish to highlight here is honesty, or what Carl R. Rogers calls “congruence,” that honesty and authenticity of encounter between therapist and client which alone is most healing. Also I regard such honesty, congruence and authenticity as hallmarks of true human encounters. How can anyone worth his or her salt shun such honesty of encounter with all and certainly indeed with those whom R.D. Laing calls the “ontologically insecure”?

I love Dr Kay's sheer courage in exposing the truth of the “wounded healer” as a professional psychiatrist, fully conscious that such could have personal and professional repercussions in her life. Here is Dr Kay once again, and let us take courage and inspiration from her words: “I am tired of hiding, tired of misspent and knotted energies, tired of the hypocrisy, and tired of acting as though I have something to hide. One is what one is, and the dishonesty of hiding behind a degree, or a title, or any manner or collection of words, is still exactly that, dishonest.” (ibid., p. 7)

Above is a picture of a sculpture of a Cormorant which I took at Skerries, May 2007
Posted by Tim at 9:21 pm