Is There Anything There? 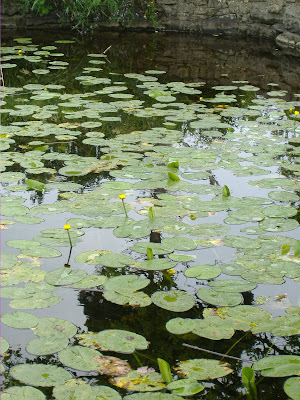 Some thoughts on the meaning or lack of meaning of Life

These few thoughts tonight are provoked by a momentary encounter, rather than a few words with the school secretary today. I say encounter because a chat or even a few words would reduce the significance of what could at first glance appear insignificant words to a bystander. Breda is our secretary and her brother, a priest, is dying rather painfully from cancer at 71 years of age – relatively young these days. He has been in much pain and it is only in very recent days that the medical team have managed to counter this with palliatives. As Breda was photocopying my few pages for class she mentioned her doubts about the afterlife in these words: “I wonder is there anything there at all?” I remember my father asking me the same question some years before he died. His first cousin, John who still lives in the U.S.A. was at home and they had been discussing the issue of the afterlife over a bottle of gin and John opined that a friend of his in the States believed that we were no more “eternal” than the plants which blossom and eventually go to seed and die out. I remember my father nodding in a somewhat less than sober agreement.

Mortality is always the backdrop which throws the whole of the enterprise we call life into relief. In previous posts I have alluded to our mortality which is the very defining force of everything that goes to make up what humanity essentially is at base. One can only agree with the marvellously brilliant philosopher John Gray in his wonderfully argued book (Straw Dogs) debunking most of the myths constructed by both religions and cultures in general and by sciences in particular which peddle the rather “religious” substitute scientific myths of the perfectibility of humankind and the onward linear progress of culture with all its great scientific knowledge. Gray argues forcefully and credibly that science has merely replaced one notion of salvation with another. He would argue that humankind has been adept at constructing myths of grandiosity, of inflating out of all proportion the significance of his own species to the detriment of other species, and in the long run, of course, to the very detriment of himself. Such grandiosity in itself makes mortality all the harder for humankind which is wont to believe its own propaganda and swallow whole its own myths.

Indeed, mortality also makes humans dice with death - spurring men and women to climb ever higher mountain peaks, to sail singlehanded around the world, to fly ever higher and to go into space. Otherwise humans would probably never do any of these things. The thrill lies almost in the possibility of our extinction in the attempt to do these deeds. Humankind loves the thrills of danger which are challenges that essentially only our very own mortality can face us with.

Other memories and images come into my mind. Firstly, Gerard Smith, a teaching colleague all those years ago who asked me the question early one morning in the staffroom “What is it all about anyway?” I cannot remember what I mumbled in reply, but Gerard’s question remains a live issue for me still. I might point out that Gerard had suffered from a congenital heart condition from which he would die some three or four years later. None of the staff knew anything about Gerard’s medical condition at the time. I realised some years later when I was told these facts why this young man was pondering this deep question then. I was somewhere other in my life than was Gerard in his. I simply was not at his depth of experience. I was not living with death at my shoulders as was he.

Since then I have known many people who have died both young and old. I have stood at their deathbeds including that of my father. I have been three years in a Religious Order. I have taken a postgraduate degree in philosophical theology as well as other qualifications. I have also experienced a fairly serious nervous breakdown (or breakthrough) when I was forty and was hospitalized for same for a period of seven weeks. I have also had one book published on meditation called Still Point Meditations (Veritas, 2002) and have practised the art or science of meditation for some twenty years now and have read much in the area of Buddhist psychology, philosophy and practice. But more importantly than all of these has been my life experience. Against this background am I able to answer the questions posed in this post? In short the answer is "not really” or “maybe” or “somewhat” or “yes and no” or “very unclearly” or “things may be a little clearer but there are still many unanswered questions.” Or as a philosopher/theologian friend puts it “I have better questions, but no answers.” I can live with this. The answers are always ever before us. That’s why the likes of Dawkins and other scientists of his ilk annoy me with their certainty of position, with their sheer dismissal of the approaches of all other contrary beliefs and certainly with their highhanded priggishness which dismisses their opposition as stupid benighted dullards. Creationism and Scientism both annoy me as does any reductionism of the mystery of the whole enterprise of life about which none of us can be that sure or certain of its significance and relevance in the infinity of the universe in which we live as billions of insignificant specks on another bigger insignificant speck in an ever expanding infinity.

Whatever about the answers, there is a restlessness within us and that restlessness is shown in our questioning spirit. We do gradually get some answers, some points of illumination, but all the time we come up with further questions. That’s no harm. This whole restless seeking seems to be the “stuff we are made on” to quote Shakespeare and to repeat the quotation of which I spoke in the immediately previous post to this one. However, less the reader feel this post is somewhat negative, I aver here that it not negative. Rather, it is realistic and existential because it faces us with the questions all human beings ask when confronted with the void of our own extinction. It is not negative because I am not proposing that life is a meaningless journey. I subscribe to the imaginative and creative impulses within our human consciousness which can compose the raptures of symphonies to capture the elusive magic of the spheres; that can sing marvellous and wonderful songs which wring tears from sentient souls; that can compose poetry and write novels that explore the needs and wants of humankind; that can push ever forwards the frontiers of knowledge; that can explore the microscopic and macroscopic worlds; that can weave myths, both scientific and religious to lift the hearts and souls of those who might despair in a cold world untenanted by any meaning whether that be God or Science or Both. If nature abhors a vacuum, our very soul abhors the lack of meaning. To weave myths, whether scientific or religious, to give such meaning is in itself a meaningful exercise. That exercise in itself gives life meaning. Whether our myths are real or actual or merely imaginative is really immaterial. Indeed whether they exist or not is meaningless.

Above I have pasted a photo I took of the Garravogue River, Sligo, Summer 2006. Meditative, no?
Posted by Tim at 12:07 am