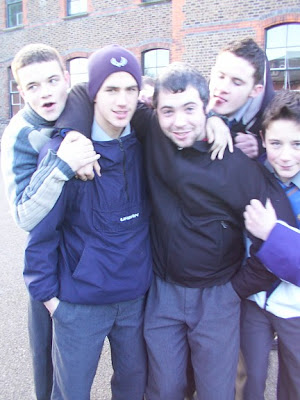 On Not Making Judgments

The Bible is a rich source of wisdom and this quotation above has been good advice in Christian circles for roughly 2000 years. It probably did not originate either with Jesus to whom we attribute this saying. All of Jesus’ encounters are humanly and psychologically enriching, quite apart from their religious appeal. Teaching as I do in an all boys secondary school I find that they are very quick to judge one another, to cast aspersions freely, to bully a weaker member of the school community, to laugh together at another’s misfortune. I remember an older teacher, now long retired commenting on the nature of a rather ill-disciplined class as “hunting in packs to exploit the weak and if possible to break this weakest member.” He counted certain teachers, whom he freely and openly called weak, as being subject to this cruelty of the mob. He was probably correct in his assertion, but I always disagreed with his open dismissal of those whom he deemed “weak colleagues.” So much for the macho world of control and ego, and indeed for the world of insecurity that triumph by reducing those weaker than the self to a humbler position.

I have been rather creatively dipping into a pile of books beside my desk just by way of experiment. I’m dipping into R.D.Laing, Freud, Alice Miller, Anthony Storr, Richard Bentall, Joel and Michelle Levey, Richard P. Feynman, Rob Bevin and Tim Wright (from whom I got this idea – their book is called Unleash Your Creativity: Secrets of Creative Genius, The Infinite Ideas Company, 2005), Ben Dupré, Kay Redfield Jamison and Stephen Wilson to get some cross fertilization of ideas which might link with the drift of my posts for the last few months which have been related to mental health and personal development. In The Unquiet Mind (Picador, 1997) by Kay Jamison, I came across this thought which set me thinking about a non-judgmental attitude in life and its importance: “Now he made no judgments about my completely irrational purchases; or if he did, at least he did not make them to me… I was able to pay him back the money I owed him. I can never pay back the love, kindness and understanding.” (op. cit., p. 76) Dr Kay Jamison is a clinical psychologist and is Professor of Psychiatry at the John Hopkins University School o0f Medicine. She is also a sufferer from Bipolar Disorder or what is traditionally called Manic Depression which varies in between periods of remission from the highs of mania where the person suffers from delusions, enthusiasms for way out ideas and feelings that they can save the world as well as themselves from all possible types of disasters by far-fetched ideas. I have known a Manic Depressive who sold off his business at a knock-down price during one such period of Mania.

Dr Kay Jamison is a wonderful writer and writes with a fluent and clear style. For example she describes one bout of mania thus: “My mind was beginning to have to scramble a bit to keep up with itself, as ideas were coming so fast that they intersected one another at every conceivable angle. There was a neuronal pileup on the highways of my brain, and the more I tried to slow down my thinking the more I became aware that I couldn’t. My enthusiasms were going into overdrive…” (ibid., p72)

However, in all of this we have a non-judgmental brother who is able to help Kay. There was also a similarly non-judging professor who, shortly after she was appointed an assistant professor of psychiatry, would notice when she was down and would often come into her office and place a coat over her sleeping depressed figure.

The other day the School Career Guidance Officer and Counsellor Mairéad Martin and I were talking about how effective one of our colleagues is as a Year Head. It was Mairéad’s opinion that his effectiveness was down to his main quality of never judging the pupils and his ability to accept them with all their foibles as they were. Tony is literally a “warts and all person!” I don’t think I ever heard the man denigrating another, or even commenting good, bad or indifferent about another. This person is very accepting of other human beings.

It seems that Dr Kay’s brother is a similarly gifted human being. In relating to others, then, we must try to develop an accepting approach to them, to be open and to be totally non-judgmental. Now this is indeed hard to do, but it is infinitely important and desirable that we do so. As a teacher I must teach all equally, the weak and the strong academically, the extravert and introvert, the loud and the quiet, the well-behaved and the bold, the heterosexual, the homosexual, the bisexual, the in-between, the white, the black, the brown, the yellow skinned etc., the mentally sound and the less mentally sound and I as a teacher must try my level best to be even handed in my treatment of them. All of humanity is arrayed before a teacher as all of humanity is arrayed before a Doctor or Dentist. No Doctor, Dentist or Teacher can choose who he treats or teaches – at least that’s the theory in general, and the practice in most cases. There is also the problem of the lack of trust of human beings in others when they are so afraid to tell us how they feel or to unburden themselves of whatever secret problem is eating away at them from the inside. They find it hard to trust because the world is so often cruel. They are simple afraid of being rejected which is similar to being crushed. However, good Doctors, Solicitors, Lawyers, Surgeons, Professors, Teachers, Counsellors and Psychotherapists are encouraging and affirming and trustworthy.

Manic Depression like Schizophrenia is judged to be a Psychosis while other less crippling mental illnesses belong to the neurotic or phobia categories. Dr. Kay subtitles her book, A Memoir of Moods and Madness, and the sheer honesty and precision of description is liberating not alone of the writer but of the readers whom she frees to be honest in their turn. How we meet and greet others is so important, especially the mentally ill. But as I pointed out in previous posts let’s remember that there is a continuum or line between what we judge as sane and insane or what we judge as mad and normal. Where the points of demarcation are none of us can be sure. We are all sane/insane, normal/mad to one extent or another. Like I mentioned before in these posts every family is dysfunctional to some extent – it’s just that some are more dysfunctional than others. Everyone is mad to some extent – it’s just that some are madder than other. It’s the more dysfunctional families and the madder individuals that need the most help.

Therefore, we should try to approach others as a possible friend, as a VIP or very important person in their own right, no matter what their religion, race, colour, and intellectual ability; no matter whether they are big, small, thin, fat, beautiful or ugly, normal or “mad.” This is our challenge. This is the only really good human challenge worth taking. In like manner, we should treat our enemies in the same way if at all possible. As the Dalai Lama points out, after all it’s from our enemies, not our friends, that we have most to learn.