Beyond The Homeless Mind 1 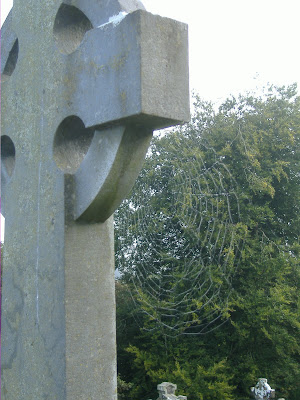 There can be few more consoling thoughts than that of returning home after a long hard day’s work. Home is where we are at ease with ourselves, and safe as it were in our very own nest. My previous post was about returning to the place of my birth – Roscrea – now no longer my home. In my life I have lived in some five different homes – Roscrea, three different homes in the city of Dublin and in Templeogue in the foothills of the Dublin Mountains. However, returning to the place of my birth and early childhood has led to my reflecting on the nature of what it means to have a "home."

In the last ten years I have discovered Italy and have travelled thither at least twenty times. In a way Italy has become a second home for me. I spent one full month learning Italian in Perugia, the capital of Umbria, and a further month some two years later in Rome learning Italian. Do I miss being away from home when I am abroad? What is home for me when I am abroad? What is home for me when I am travelling? I have come to believe or to be deeply convinced that I am truly at home when I am at home and comfortable in my own mind. When I am comfortable in my own skin, when I can live with myself, when I am at peace deep inside then I can truly say that I am a home. In my reading I have often come across the phrase “the furniture of the mind.” To continue or to sustain this metaphor I delight in telling myself that I comfortably sit in the rocking chair in the sitting room of my own mind. There I am safe; there I am at home; there I am beyond all danger; there I dwell in a sacred space that is truly me. It is a space no one can enter unless I invite them thither.

Now let me advert to two books whose titles set me thinking over the years. They, in fact, share a similar title by sharing three words, namely The Homeless Mind. I will refer to both books in reverse chronological order. (I will deal with the second book in another post.) Let me begin with David Cesarini’s marvellous biography of the tormented twentieth century thinker and intellectual Arthur Koestler (1905-1983), entitled Arthur Koestler: The Homeless Mind, (New York, Free Press, 1999).

Koestler interested me at college back when I was studying philosophy in the late seventies of the last century because he was a polymath who wrote books and articles on philosophy, social issues and science as well as novels. He was one of the most well-known anti-totalitarians and anti-Communists of his time. My lecturer in philosophy adverted to Koestler a few times as we covered totalitarianism in our history of philosophy classes. Koestler's magnum opus, the novel Darkness at Noon about the Soviet 1930s purges, ranks with George Orwell's Nineteen Eighty-Four as a fictional treatment of Stalinism. He was a multi-linguist and spoke Hungarian, German, English, French, Hebrew, Russian and some Yiddish. Add to that heady mix that he was a brilliant intellectual and passionate about women and you have a recipe for a complex human being.

However, our man Koestler was also a deeply troubled and disturbed human being. I personally have no evidence for this outside what I have read on him and by him. However, what he did write was shot through with a darkness of vision to make even the most optimistic of readers not a little depressed.

When he and his third wife died in a mutual suicide pact in 1983, he left a bequest for the establishment of a university chair in parapsychology. Ever restless both physically and mentally, he would no sooner set himself up in one home than he was on the move to another. This deep sense of uprooted-ness and homelessness is what interests me here. As a ''homeless mind,'' Koestler was typical of many central European Jewish intellectuals of the twentieth century. The fact that his subject did not make much of his religion is grist to Cesarani's mill, since he believes that ''the attempt to flee Judaism was the quintessential act of the modern Jew.'' The troubled Koestler was always in search of a home for his mind, I contend, like many of our contemporaries today who are uprooted, lost and alienated from themselves. Koestler, A Jew by race but not by religion, an atheist who took his own life, a man cursed with the torment of a deep identity crisis, who had quite a few fraught relationships, who has been accused of rape – indeed his biographer Cesarini claimed that Koestler beat and raped several women, including film director Jill Craigie. The resulting protests led to the removal of a bust of Koestler from public display at the University of Edinburgh. Questions have also been raised by his suicide pact with his last spouse. Although he was terminally ill at the time, she was apparently healthy, leading some to claim he persuaded her to take her own life.

Cesarini argues that Koestler was a self-hating Jew who sought to cover up and deny his real identity or his roots – he was always a complex ambivalent Jew – dangling between extremes of belief and atheism. He drank heavily, got into fights with French intellectuals and American policemen and wrecked a long line of automobiles. Above all, he was a compulsive womanizer, who married three times, had innumerable one-night stands and thought nothing of juggling five members of what he called his ''harem'' simultaneously.

And so Arthur Koestler is a good example of a tormented and troubled human being and intellectual who truly was homeless in mind or restless in mind. Such mental homelessness, such mental restlessness bespeaks a troubled and troublesome man. Not a little therapy could have been of great help we feel. The truly mentally balanced human being, I contend, will be at home with himself or herself, perhaps troubled on occasion, but never beyond help when they are open enough to invite others in – friends and relatives, and even professional psychiatrists or psychotherapists betimes, to share their concerns on a more homely hearth.

The above photo of a delicate cobweb strung across a tombstone is in Roscrea Cemetery where my father's people are buried. Life is just as tenuous as that, I think, betimes. I took this photo two weeks ago.
Posted by Tim at 11:20 pm