Beyond The Homeless Mind 2 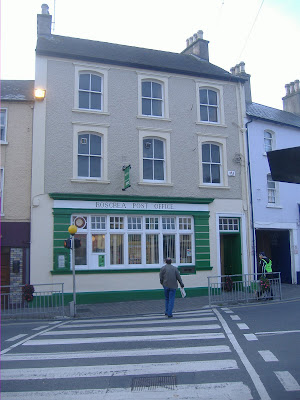 Going Beyond The Homeless Mind 2

When I was studying at teacher Education College in the last years of the 1970s the authors and sociologists Peter and Brigitte Berger were in the ascendant as major influences not alone in their own field of sociology but also in associated fields like education, philosophy and theology to name but some. One of the ideas or concepts that they coined was that of the “homeless mind.” I guess they were attempting to capture what it was like for contemporary men and women who found themselves lost in a welter of confusion brought on by technological and scientific progress.

I suppose in many ways we are still lost or rather existentially feel ourselves to be lost beings. From my personal experience the young people I teach are more lost that their parents and grandparents; certainly more lost than I felt myself to be at their age. When I was growing up in the sixties and seventies of the last century there were in Ireland of the time still certain structures that had not as yet begun to crack – like say The Church and indeed The State as equally valid possessors and proclaimers of values which for the most part we all followed. However, since then many cracks have appeared in these two sociological structures – witness the various sex scandals in the former and the blatant corruption of the latter. Indeed no profession has remained immune to this cracking or even rupturing of their sacred vessels – a significant minority of priests, doctors, lawyers, teachers, gardaí, politicians and many more professionals (and consequently the structures of which they are members have been tainted) have been charged with various crimes of sexual abuse, physical abuse and corruption. This, of course, has led to the growth of mistrust and a lack of direction, scepticism and even cynicism in the population at large. No wonder people are more lost and less “at home” as it were than the generations that went before them.

The book I referred to in my first paragraph is called The Homeless Mind : Modernisation and Consciousness (Vintage Books, New York, 1974) and is written by Berger, Berger and Kellner. Many of its contentions are still relevant to us in modern Ireland. They argued that in the USA of 1974 individuals had feelings of anxiety and confusion brought on by varied viewpoints and so those individuals tried to lower that cognitive and felt dissonance by adopting separate thought processes for public and private life. This action, along with other facets of modernization, removed from the individual the feeling of belonging and increasingly gave him or her feelings of isolation, therefore bringing about a feeling of psychological homelessness. The authors argued that new ways of doing things had brought about new ways of thinking about things. How much more in the Ireland of 2007 have new ways of doing things brought about new ways of thinking? Most kids today are all au fait with the Internet and many have their own web pages courtesy of Bebo, MySpace, Facebook and many other free web space providers who offer an easily accessible network allowing our youngsters instant access to one another, to news and even to pornography and to possible exploitation in a sea of alternatives which come at them at a rate never before known in society. Children are sexualized and socialized earlier and earlier. They are seemingly being drawn and even pushing themselves into more and more adult scenarios. As a teacher, I worry about the place of childhood in the life of the modern young person. Innocence in its right place and for a certain amount of chronological time in the young person’s life is essential to proper psychological development.

I believe and feel that many of the youngsters whom I teach glaringly show this psychological homelessness that Berger, Berger and Kellner so perspicaciously adverted to in the United States of the early 1970s. Their understanding of the then malaise affecting contemporary American society is still readily applicable to our current situation in an Ireland which is all too new to the financial security and boundless extra cash which lies in most pockets. Marx adverted to the alienation of the worker from the ends of his work and consequently from himself or herself more than a hundred years ago. Philosophers such a Nietzsche had seen this profound alienation of humankind from itself decades previously. Now the chickens have come home to roost. No wonder modern society is so ruthlessly impersonal – even a-personal should the truth be told. Who cares about individuals anymore in the mad rush to succeed? Who cares about the handicapped, the ill or the sick? Certainly their relatives. Who else? Their doctors and nurses surely also.

Berger, Berger and Kellner speak of relevant concepts which are carried over into society like "componentiality" and "separability of means and ends." Workers in factories deal only with components not with the whole product. Hence their experience is one of “parts” rather than “wholes”. This in turn implies that they feel not alone alienated but fragmented in themselves. Also they experience themselves as a “means” separated from the “ends” or purposes of their work. The authors also advert to the growing evidence of "anonymous social relations." There is less of a personal touch in the everyday method of looking at the world. Through this and other ideas brought about through technology, individuals slowly lose their identity. This contributes to the feeling of homelessness. It is hard to disagree with this as regards our everyday work lives. The other major process which brings about modernization, and consequently the feeling of homelessness, according to the authors, is bureaucracy. This, I think, goes without saying. There’s nothing new there.

It is only in the last ten or so years that Ireland has become multiracial with significant numbers of Chinese, Poles, Lithuanians and Latvians to name but some of the more numerous racial minorities amongst us and who will hopefully be integrated. Pluralism has become at last a phenomenon for us Irish. Roman Catholicism is just one set of beliefs among many other sets. Modern means of communication have also allowed us access to a plurality of experiences, beliefs and ideas – and no harm indeed. However, many individuals not committed to any well-defined programme of self-discovery or individuation as Jung would have it feel themselves not alone at a distinct disadvantage but very much lost on a sea of confusion where a profusion of beliefs and choices offer themselves as alternatives in what can be a very frightening world for many.

The authors offer no solutions to these problems save advocating the promotion of local communities which strive to anchor individual identity among pockets of citizens. I have also long believed in building up local community spirit whether it is in schools, in team sports, in local communities or housing estates, tidy towns, or in parishes of different religious denominations. This latter has very much diminished in today’s Ireland as new experiences of what communities are come to the fore.

One of the ways to fight the “homeless mind” is to strive to build up these communities in all their forms and representations. Also we must seek to be healers not alone of the souls of others but of our very own souls. This implies the necessary work of self development and individuation acquired either through reading, practice of various complementary therapies, or indeed attendance at psychotherapies of all types. In all this the building up of trust in ourselves and in other individuals is of paramount importance.

Above is a picture of the post office in Roscrea where my father worked as a postman many years ago in the 40s, 50s and early 60s of the last century. I took this picture 2 weeks ago.
Posted by Tim at 7:35 pm