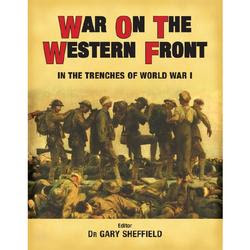 The Death of Innocence and the Restoration of Sanity

I use the word “innocence,” not to denote a person’s lack of guilt before the laws or standards of State, Church or Personal Conscience, but rather to denote that state of being we have all experienced at some time in our lives where we were blissfully positive about the world and all it contains. In short, I refer to that period in our lives that predates our growing awareness of how the world actually is, that blissful period before experience brings us into the real world.

Parents and adults marvel at the innocence of children – as indeed they should. Responsible parents and adults further realise that such innocence is to be cherished, nourished and protected for a certain length of years in the child’s life. Crimes, which forcefully take away a child’s innocence, are consequently adjudged to be most grave, as indeed they should be. Hence society has put in place many laws, rules and indeed organizations and societies to protect such innocence. However, all parents and adults realise that a child must be gradually taught the ways of the world, as he or she grows older. They teach their youngsters about the dangers involved in living in modern society. Gradually, the growing youngster develops layers of experience until they come of age, normally around 18 where they are adjudged to be adult citizens of society.

I believe that William Blake’s wonderful diptych work Songs of Innocence and Songs of Experience are worth reading again and again by way of reflecting on the polar opposites innocence and experience. Perhaps, with a more psychological hat on, one could say that these antinomies exist on a continuum just like sexuality and other such oppositional realities. However, a perusal of the wonderful Blake’s literary (or indeed artistic) work must wait for another day and another post.

I believe also that sanity is about acquiring experience layer by layer as we grow through life. This is not to deny innocence at all, but rather to cherish it in its allotted time span and then to see it not so much as totally replaced by experience but rather complemented and strengthened by it. Read Blake and ponder and meditate on it. Then do all the personal developmental work about cherishing the child within. All modern therapies refer to this as self-parenting. Having done a fair bit of this myself in the last ten years or so I can say that it has been most enriching and very rewarding. Such work makes one really aware of how Innocence and Experience are dynamically at work in us all through our lives.

Much psychotherapeutic work (be it grief counselling, psychosexual therapy or therapies around abuse in all its forms, self-harm, depression, schizophrenia, the plethora of phobias) finds that working with the inner child is very rewarding. Gradually as the client or patient embraces the inner child they are strengthened and can move forward in their lives. In other words their sanity is strengthened and consolidated.

I have been reading of late Jonathan Glover’s wonderful book Humanity: A Moral History of Twentieth Century (Random House, 2001). This book interrogates our recent history from a moral point of view. It questions deeply humankind’s psychology and motives. It asks the big questions we all ask from time to time: What made possible in our wildest dreams Hiroshima, the Nazi genocide, the Bombing of Dresden, the Gulag, The Chinese Cultural revolution, Pol Pot’s Cambodia, Rwanda, Bosnia and many other atrocities. Glover writes like an angel and paints vivid word pictures of dreadful events. It is a stimulating and thought-provoking book. But more than that it is deeply humane. It deserves to be read by a very wide audience, I feel, because more of us must ask these bigger and harder questions of ourselves, of our politicians whether local, national, European or international. After all, the very survival of humankind is at stake. Anyway Glover’s first chapter is entitled “Never Such Innocence again” and I was bowled over by its passion for experience-enhanced and experience-strengthened innocence, for deeply held human values. Above all I was captivated by his probing analysis of the psychology of evil and his search for a meaningful ethics and a thoughtful morality.

In this chapter he quotes Philip Larkin’s wonderful poem about those queues of men who gathered outside the enlisting offices all around England in 1914 – indeed he takes his title for the chapter from the poem. I’ll quote Larkin’s poem in full here, as I believe it’s well worth reflecting on.

Those long uneven lines
Standing as patiently
As if they were stretched outside
The Oval or Villa Park,
The crowns of hats, the sun
On moustached archaic faces
Grinning as if it were all
An August Bank Holiday lark;
And the shut shops, the bleached
Established names on the sunblinds,
The farthings and sovereigns,
And dark-clothed children at play
Called after kings and queens,
The tin advertisements
For cocoa and twist, and the pubs
Wide open all day--
And the countryside not caring:
The place names all hazed over
With flowering grasses, and fields
Shadowing Domesday lines
Under wheat's restless silence;
The differently-dressed servants
With tiny rooms in huge houses,
The dust behind limousines;
Never such innocence,
Never before or since,
As changed itself to past
Without a word--the men
Leaving the gardens tidy,
The thousands of marriages,
Lasting a little while longer:
Never such innocence again