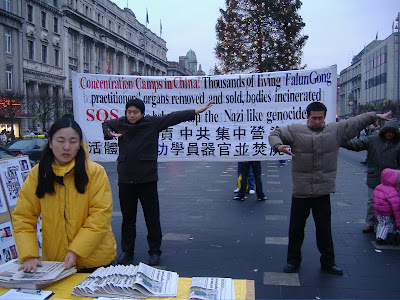 Mixing It With Mlodinow

One of my favourite science writers, outside Feynman of course, is his one time colleague Leonard Mlodinow. I discovered the books of the latter through reading his wonderful memoir of his professional time spent with the great genius, professor and Nobel Laureate. This marvellous little book, which I picked up remaindered in Hodges Figgis some years back, is called simply Some Time With Feynman (Allen Lane, 2003). Dr Mlodinow was a member of the faculty of the California Institute of Technology (the famous Cal Tech) before he moved to Hollywood to become a writer for the acclaimed series Star Trek: The Next Generation. He is also author of the wonderful and passionate little book called Euclid’s Window, a popular history of geometry and its role in physics. I hope too review this book in these pages some time later.

Again one of the exciting things about this book is the personality of Richard P. Feynman which shines through for its brilliance, humility, honesty, contrariness (at times), sheer lack of sycophancy, frankness to the point of not sparing the truth which is so often harsh on its hearers (especially if they are truth-avoiders) and his sheer sense of fun in both his professional and private lives. In this wonderful memoir we meet the young Mlodinow who is obviously awe-struck as a neophyte faculty man having just earned his Ph. D. in physics from Berkeley. He simply worships the great and eccentric Feynman. He tells us that he learned much from the canny Professor – not alone about physics, science in general, but also about life itself. He tells us that from Feynman he “discovered a new approach to life.” (op.cit., p xiii) As a young student he had always found the Nobel Laureates physics books “chatty” and “amusing.” (ibid., p.10)

Leonard Mlodinow was privileged to see Feynman’s love of his subject and his sheer love of discovery which was always childlike (op. cit., passim). Feynman’s approach to physics and to life impressed the young physicist because he had “seen too many adults work too many hours at jobs they did not like in order to amass things they only thought they needed, and then, decades later, regret their “wasted” years…” (ibid., p. 13)

Mlodinow is excellent on the rivalry between the two great physicists Murray Gell-Mann and Richard P Feynman, both of whom showed a grudging respect for the other, but who followed different lines of enquiry in their chosen field of Theoretical Physics. I learned much from Mlodinow as regards Feynman’s philosophy of science or his general approach. Let’s let Leonard speak here because what he says is so clear and succinct that I could not possibly better it:

“Feynman used to say that there were two kinds of Physicists, the Babylonians and the Greeks. He was referring to the opposing philosophies of those ancient civilizations. The Babylonians made western civilization’s first great strides in understanding numbers and equations, and in geometry. Yet it was the later Greeks – in particular Thales, Pythagoras, and Euclid – whom we credit with inventing Mathematics. This is because the Babylonians cared only whether or not a method of calculation worked – that is, adequately described a real physical situation – and not whether it was exact, or fit (sic) into any greater logical system. Thales and his Greek followers, on the other hand, invented the idea of theorem and proof – and required that for a statement to be considered through, it had to be an exact logical consequence of a system of explicitly stated axioms or assumptions. To put it simply, the Babylonians focused on phenomena, the Greeks on the underlying order.” (ibid., pp. 24-25)

Feynman considered himself a Babylonian and Murray Gell-Mann a Greek. The Greek and Babylonian while they were often at loggerheads in arguments had a grudging respect for each other.