A Thought or Two on Culture 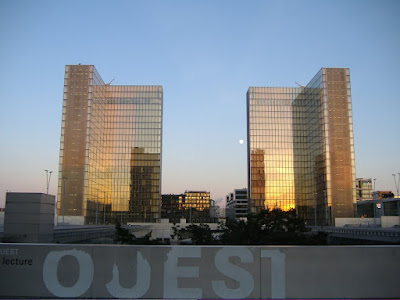 What is Culture Anyway?

Ever since humankind first came together in co-operative groups to form the earliest of societies and from there the earliest civilizations, there has always been a thrust towards the development of culture or cultures. This growth includes everything from beliefs (religions), rules of behaviour, law and art in all its forms to the various technologies and the related sciences. In this entire upsurge of culture, creativity has been foremost.

We have all been indoctrinated by our various cultures to believe in their ultimate values. The major claim of practically every culture or civilization is that humankind is a unique animal at the very top of the Animal Kingdom, endowed with the highest intelligence, an unerring moral code and a creativity of an order not known among the lesser animals. There are indeed some modern philosophers who cast some doubt upon these claims which they see to be extravagant to say the least. Here, I am referring to such modern philosophers as John Gray who has written much; among which is his celebrated, deep and provocative work Straw Dogs, which I shall review later in these pages.

However, the greatest teacher that we poor fallible beings have is our very own history – that is, if we choose not to re-write it to cover up our own glaring mistakes and, indeed even our own crimes. A cursory glance at the history of the world will show that even the greatest of civilizations eventually fell and disappeared – the ancient Minoan civilization, the ancient Chinese dynasties, the Egyptian, and the Sumerian cultures, and then the Greek and Roman Empires to name just some of them. So culture is neither eternal nor infallible! In this light how meaningful (valuable) are values? Are they also only short-term? Or do they exist somewhere out there as eternal essential truths in a Platonic or idealist sense? With all our cultures and values and creativity glance across the pages of history and look at the wars engaged in by seemingly “civilized” and “cultured” beings. One would want to be a totally blind optimist or a naïve gullible individual to still believe in the “perfectibility of humankind” and the myth of “infinite progress.” In short, we have an abiding need for good strong honest historians using a sharp unbiased methodology or methodologies.

The likes of Hitler, Stalin and Pol Pot, to name just three murderous and genocidal dictators in the twentieth century, have taught us that culture of itself is only skin deep to say the least. In times of conflict, conflagration and total war, civilization with all its high culture breaks down and quickly ceases to be – murder, rape and pillage become part of the disorder. Chaos reigns and ethics seem to get lost along with other cultural concerns. However, the Nuremberg trials and the consequence Universal Declaration of Human Rights sought to re-establish, (or was it really to establish for the first, second or third or nth times?) universal and ultimate rights which exist beyond and above any particular culture. Good questions to ask here are “Do rights exist above and beyond cultures?” Or “Can rights exist at all if there are no cultures in the first place for them to exist in?” Another question would be, “Is it only when humankind becomes cultured that he/she becomes aware of rights anyway?”

I’m just raising questions, not suggesting answers. Oftentimes it is more important to dwell at length on the questions rather than giving an all-too-quick answer. Let us be our own most severe critics not alone in all that we do, but also in all that we hold dear. By doing so we shall surely end up with a far better world for our children to live in.

Above I have uploaded a picture of The National Library, Paris, a wonderful building designed and built in the shape opened books. I took this picture in August 2007. This building, while an intrinsic part of architectural culture, is also the repository of many works of culture in the form of books and other documents from the past millennia right up till today.
Posted by Tim at 10:42 pm