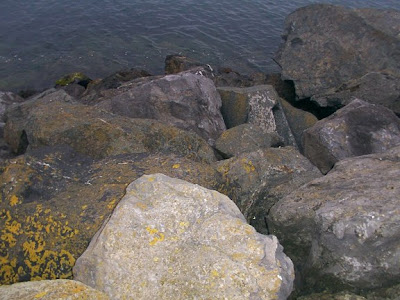 The Psychiatrist, the Classical Scholar and the Long Suffering Medieval Historian: Institutions versus Individuals 2

In my last post I was again talking about mental health issues. This is a theme I return to again and again because maintaining our sanity in a world that is so various, so stressful, so diffuse, so dislocated and so scattered; so “incorrigibly plural,” (as the poet puts it) and, in short, so alienating, is surely the most important task any of us has to face on a daily basis. In another word, the world is often “insane.”

These thoughts were provoked by the recent death of the great Irish psychiatrist, Professor Anthony Clare and my perusal of his series of wonderfully insightful books, In The Psychiatrist’s Chair, I, II and III. They make splendidly easy reading - especially at bedtime - and each interview is marvellously perceptive.

Anyway, I was referring in my last post to two “great” men of academia – Oxbridge no less, viz., Sir Kenneth Dover and the much-suffering don, the historian Trevor Aston. In short, Aston ended his life by a cocktail of drink and drugs, and many of his friends felt that Sir Kenneth’s actions – a letter of reprimand – pushed the manic depressive and alcoholic Aston to this dreadful action. Needless to say, this is the “feeling of friends” rather than the “thoughts of objective observers.”

What interests me in this interview with Sir Kenneth is how rational and cold he is and how much of an organization or system’s man he is. His beloved Oxford college, Corpus Christi, is far more important for him that the mere painful and distressing situation of anyone individual.

While Clare in his commentary does not find Dover totally cold and bereft of feeling, he does find that he displays that typically English “stiff upper lip” syndrome. (These are my terms for Clare’s analysis, not his, but I think I am rendering his thoughts fairly accurately). Let me quote here Clare on men and their emotions as I find him very good on this area: “It is interesting how often when talking to men, the issue of emotions and unease concerning their expression comes up. Martin Bell spoke disparagingly of “parading” his emotions. Sir Kenneth struggles hard to manifest an unemotional persona, but reveals that not far underneath is an irritable, potentially aggressive individual, who hints at quite violent fantasies, which he experiences in the setting of a struggle between his sense of order and rationality and the dangers of unfettered emotions and impulses.” (In The Psychiatrist’s Chair, III, p. 84)

One can only marvel at Dover’s self-possession and control and his sheer honesty, but I find myself astounded and taken aback by his unfeeling candour which reveals a total ruthless lack of feeling for Aston’s suffering and that of his family. In his autobiography, which is obviously supremely honest, he admits having thoughts of murdering Trevor Aston to get rid of this blot on his copybook, to use a poor metaphor. Clare quotes from this work, Marginal Comment, these clinically cold words: “But it was clear to me by now that Trevor and the college must somehow be separated. My problem was one which I feel compelled to define with brutal candour: how to kill him without getting into trouble.” (Ibid., p. 82) A friend was to defend Dover’s sentiments here as on a par with Henry II willing the death of the turbulent priest, Thomas à Becket. Needless to say, Aston’s friends were outraged at such coldness and indifference to the dreadful suffering of their loved one.

Dover admits in this interesting interview that he disabused his mind later of murder in these very clinical words: “Because at that stage, having discarded the idea of doing something illegal…” It is significant, surely, that he uses “illegal” instead of “immoral” – a scholar always choosers his words well and precisely!

This interview, I find riveting also, because of Dover’s lack of any sense of guilt. Here again his words are insightful to say the least: “I don’t really go in for guilt. I don’t feel guilty... I don’t know if I’m defining guilt very narrowly but I associate guilt with the feeling that one ought to be punished… and I don’t in fact have that feeling. This may be a deficiency in some way.” (ibid., p. 101-2) Whatever, about this lack of guilt I find the last sentence very honest in its openness to admitting that his character may be flawed. We cannot fault him in such an admission.

Dover admits to having “a prosaic attitude” to life (ibid., p.104) and that death is often welcome in that it is “an end of suffering, an end of grief.” (ibid., 103) As the interview goes on it is particularly clear that Dover is in line with atheistic materialism, though he does not use this term and is possessed of a biological view of the human being (op. cit., passim). However, “utilitarian” may be a more apt description of Dover’s particular outlook on life and my “atheistic materialist” reference may serve to do him an injustice. When asked what he sees as the purpose of life, he replies, “to be useful.”

What interests me in all this, then, is Dover’s attitude to the emotions; his attempt to keep a lid on that Pandora’s box as it were; his tendency to see institutions as more important than individuals - to see the “cult of individuality” (my words) as somewhat suspect and to see cultural “realities” and artefacts as more important in the scheme of things to the feelings of little human beings. All in all, his is a logical world, which seems to have little time for the non-rational, never mind the irrational. For a Greek and Latin scholar one can only marvel at this seeming contradiction. His whole clinical and utilitarian approach to life is singularly lacking in feeling and one wonders how far adrift this may be from more totalitarian and fascist beliefs.

I shall return in later posts to Dover when I will discuss the psychology of religion, because here, too, this learned don is insightful in no small measure.

Above I have uploaded a picture of some rocks I took on the pier in Howth some four years ago!
Posted by Tim at 2:14 pm