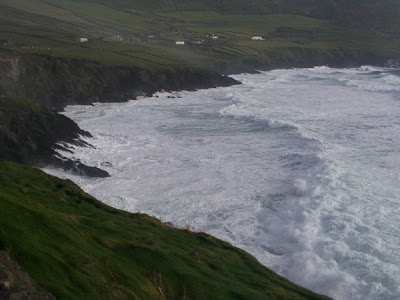 These themes summarised in my above title are upwards in my mind these last few weeks. At school, I have been encountering students who are, indeed, very angry for one reason or another. This is one of the shocking realities that I have been meeting at a growing rate over the past ten years of my professional life as a teacher. The young people I am dealing with on a daily basis are growing angrier – at least a growing minority of them. I must also point out that the pupils I deal with daily are mostly from the lower socio-economic group. I feel that this may be a contributing factor, but believe that similar levels of anger are growing also among this age group in other socio-economic groupings.

Just last week in class I was admonishing an eighteen-year-old student on his misbehaviour. This student reacted angrily to my admonishment. I was somewhat expecting this reaction as I was tired and more than a little peeved with the general level of attention among the group. However, at this stage, another student who had been quietly doing his work literally exploded at me. He was sitting at the very back of the class, well away from the culprit I was dealing with. In reflection this boy’s explosive reaction at literally “nothing” was tantamount to throwing a match into petrol. Another teacher describes this boy’s behaviour as “nuclear.” Anyway, I was bowled over by this level of unprovoked anger, if not aggression. I defused the situation as best I could and got on with the class. The next day I witnessed the same student reacting aggressively with another student – indeed he gave him a punch in the face. I reported the matter to his year head. The following Monday, this very angry student was absent. When I saw him in class on the Tuesday, I noticed that he had now “two fine black eyes” – “lovely shiners.” I made no comment, needless to say, and nodded knowingly to myself. Now, a week later I have learned that he has since been suspended for telling the games teacher to “fuck off” publicly for substituting him at a football match. Why am I not surprised?

In the marvellous film Mississippi Burning from 1988 we witness Agent Ward (Willem Defoe) ask Agent Anderson (Gene Hackman) the wonderfully potent and significant question, “Where does all this hate come from?” My question, in line with Agent Ward’s is, “Where does all this anger come from?” The above angry boy is just one of a growing number of such pupils in all of our schools. The young man alluded to in the above paragraph is the last in his family living with an alcoholic separated mother. Also I feel that he is on some drug or other which is making him react to or over-react to perceived or imagined insults. There are other angry young men also – one who comes from a family where the father is in prison for having sexually abused the older girls when young. Okay, the list goes on and on, and I won’t bore the reader with it. I’m sure, also, that the list of such problems in bigger schools is even worse than I’ve enumerated here.

The mental health of our young and not so young citizens, I believe, is at a crossroads. In fact, from what I am witnessing both at school and on our streets at the weekends I see growing evidence of excess, debauchery, drunkenness and senseless violence. I, like most adults my age, avoid the centre city (Dublin is where I live) if at all possible when I’m socializing. I have witnessed too many young men and women puking up their guts on the pavements, knots of young men often threatening violence, if not actually punching and kicking one another. What has gone wrong? It would seem to the objective observer that drink and drugs and fast living are proposed as an answer to the stress of modern life. Have we actually lost our way as a society? Alas, it would appear so.

Material possessions bring with them many attendant ills – the dulling of the finer qualities and senses like a sense of the beautiful (aesthetics), a moral sense of right and wrong (morality, ethics), appreciation of the finer things in life like family, job satisfaction, self-development, the importance of the imagination and creativity and the supreme value of simplicity of lifestyle. The more complex and pressurized society becomes people lose a sense of their own value in themselves and for themselves - "to have" become more important than "to be." This last point would seem to me to be the major factor leading to the present unprecedented rise in anger in Irish society. The sheer pressure to acquire more and more things ("to have") has left human beings bereft of any anchor at all in their lives – this to such an extent that they are alienated from themselves, from their real authentic core and essence as a human being. In short, they have forgotten what it is like simply to be! Is it any wonder then that so many young people are full of anger, that they over-react and explode at the least provocation or perceived provocation and that insanity is gradually consuming our society and our sanity is in peril?

Above I have uploaded a picture I took of the surf at Dún Chaoin, in the heart of the Kerry Gaeltacht.
Posted by Tim at 10:04 pm