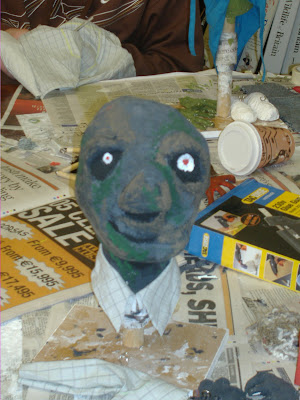 My last post contains these words at the end of the first paragraph: “In this entire upsurge of culture, creativity has been foremost.” Here, I wish to enlarge on this contention, that is, that the act of creativity, which is probably the singularly most important characteristic of the human species, is the very heart and soul of culture or civilization. On these pages the reader will have noted that I have links to several excellent sites on the gift of creativity.

Creativity entails a lot of aspects which I will number randomly as follows:

(i) Originality: Mlodinow points out that the great Nobel Laureate for Physics, Richard Feynman always seemed to avoid learning new things from papers and books. In consequence Professor Feynman was famous for always insisting on deriving new results himself, on understanding them his way. To this extent he sought to stay young by constantly applying what may be termed as a “beginner’s outlook.” Many experts in Buddhism and Meditation speak of the “beginner’s mind” as being central to any form of Meditation. (See Mlodinow, op.cit., p. 79 et passim)

(ii) Love for one’s Subject/Job/Vocation: All books, as indeed do any works of art in any medium, by creative geniuses underline the fact that we must love what we are doing. If we don’t we will find our professions or jobs soul-destroying. Such people also speak about passion and enthusiasm for their subject or work. “Success is not the key to happiness. Happiness is the key to success. If you love what you are doing, you will be successful" is a quotation I like from the famous Medical Doctor, Missionary and Humanitarian named Albert Schweitzer. In this regard Richard P Feynman advocated that a scientist must find his real love, that’s why he chose physics over mathematics and engineering, because his heart truly lay there even though he was also deeply interested in the other two areas. Mlodinow, his one-time colleague also relates how after doing his Ph. D. and a year with Feynman he, too, found his love, namely writing popular books about physics and writing science fiction. He would go on to be a script writer for Star Trek: The Third Generation. Now for a quotation from a brilliant film maker along the same lines: "If I'd have gone to art school, or stayed in anthropology, I probably would have ended up back in film ... Mostly I just followed my inner feelings and passions ... and kept going to where it got warmer and warmer, until it finally got hot ... Everybody has talent. It's just a matter of moving around until you've discovered what it is." ~ George Lucas

(iii) Dreams: We also need to be a “dreamer” in the sense of being able to tap into what our unconscious may be telling us through our dreams. If we stay in touch with our dreams we will get a taste of their wonder and magic. Many famous scientists have got their inspiration for solutions to problems or even totally new ideas from exploring their dream world. This is exactly how the discoverer of the shape of the Benzene ring found his solution – by dreaming of the image of the snake eating its tail, i.e., the ouroboros. On the top right of my blog page I have quoted a famous statement on staying in touch with our dreams, so there is no need to quote it here.

(v) Take on hard problems: "I am always doing that which I can not do, in order that I may learn how to do it." Pablo Picasso. Most people would shy away from what Picasso suggests here. Feynman also had a similar philosophy of creativity, and he always chose the hardest of problems in physics to solve, especially in his later life. That’s part of the reason why he would get the Nobel Prize and not others.

(vi) “Begin where you are” : I also like the following quotation because it is very positive and consoling: "Don't let life discourage you; everyone who got where he is had to begin where he was." Richard L. Evans.

(vii) Courage to Make Mistakes: I remember a father of a friend quoting this lovely proverb: “The man, who makes no mistakes, never makes anything.” So the creative person must have courage and not be afraid to make mistakes or to fail. "Creativity is allowing yourself to make mistakes. Art is knowing which ones to keep." Scott Adams (1957 - ____) US cartoonist, author "The Dilbert Principle."

(ix) Patience and Readiness: “The germ of future composition comes suddenly and unexpectedly. If the soil is ready…” Tschaikovsky.

(x) Creation and Chaos: “Invention does not consist in creating out of a void, but out of chaos.” Mary Shelley

(xi) Innate Ideas: “There is nothing that we imagine that we do not already know. And our ability to imagine is our ability to remember what we have already once experienced and to apply it to some different situation.” Stephen Spender.

(xii) The Importance of Play and Fun – I recall frequently the phrase “homo ludens.” From my college days “…an important part of the creative process is play. At least for some scientists. It is hard to maintain as you get older. You get less playful. But you shouldn’t, of course!” RPF again (Quoted Mlodinow, op.cit., p. 81. See also p. 119)

(xiii) Retain a Childlike Attitude: “Feynman was still a child. Fresh, gleeful, playful, mischievous, curious, interested…Hanging around a grown kid like Feynman made you question things…Like my young boys, RPF was startlingly honest with people, including himself…” (ibid., p. 121)

(xiv) Continually ask questions: Be a Socratic wasp like R.P. Feynman or even Socrates himself. Dare to ask the “unthinkable” or “unfashionable” questions, even if they are ridiculous because they may lead somewhere interesting and provide a way of looking at another problem even. See Mlodinow, op.cit., p 101 where RPF is ever the Socratic wasp constantly niggling and annoying one with questions.

(xv) Inspiration comes from Aesthetics (Beauty): On Descartes’ discovery of the true origin of the rainbow: “I would say his inspiration was that he thought rainbows were beautiful.” RPF, quoted Mlodinow, op.cit., p. 118

(xvi) How the Scientist’s Imagination differs from the Writer’s Imagination: A scientist’s imagination is always checked by experiment while for a writer or artist there “isn’t the same degree or sharpness and absoluteness that the scientist deals with.” RPF, quoted Mlodinow, op.cit., p. 131.

(xvii) The Importance of Risk Taking: "Risk! Risk anything! Care no more for the opinions of others, for those voices. Do the hardest thing on earth for you. Act for yourself. Face the truth." ~ Katherine Mansfield.

(xviii) Be True To Your Real Self: "Always be a first-rate version of yourself, instead of a second-rate version of somebody else." ~ Judy Garland. Or take this quotation from a poet: "To be nobody -- but yourself -- in a world which is doing its best, night and day, to make you everybody else -- means to fight the hardest battle which any human being can fight, and never stop fighting." - e.e. cummings

(xix) Creativity is Like Music: "Most people live and die with their music still unplayed. They never dare to try." - Mary Kay Ash

(xx) Creativity is about Change: "We must always change, renew, rejuvenate ourselves; otherwise we harden." - Johann Wolfgang von Goethe

Above I have uploaded a picture of a puppet in the early stages of its making. I took this picture in January 2007.
Posted by Tim at 7:12 pm