Ethics, Psychology and the Insanity of War 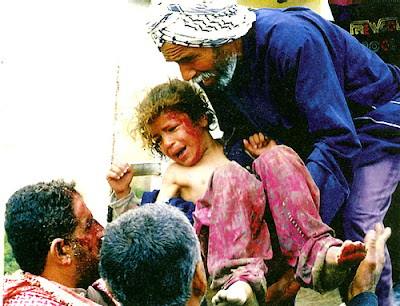 Sometimes we think and talk as if the twentieth century was the century that had a real monopoly on evil. It’s hard to fault us for this mistake, as indeed it was a period that witnessed two major world wars, the dropping of the atomic bombs on Nagasaki and Hiroshima and many more examples of horrific attempted genocides apart from the one inflicted on the Jewish race. However, on further reflection, we realise that it is a myth to think that such gross evil is unique to the twentieth century.

I share totally the sentiments of Jonathan Glover (philosopher and ethicist) in his magisterial work Humanity: A Moral History of The Twentieth Century (Pimlico, 2001). These sentiments are worth quoting here: “To talk of twentieth-century atrocities is in one way misleading. It is a myth that barbarism is unique to the twentieth century: the whole of human history includes wars, massacres, and every kind of torture and cruelty: there are grounds for thinking that over much of the world the changes of the last hundred years or so have been towards a psychological climate more humane than at any previous time.” (Op. cit., p. 3)

I have long been of the opinion that our awareness of right and wrong has grown and developed. It seems to me on both an historical and a psychological level that the contention that some abstract essentialist system of right and wrong, objectively out there carved in stone in some mystical heavenly vault is patently wrong. Just as any other body of knowledge has grown over the years, so also has that body of knowledge comprising ethics and morality.

Firstly, let us make a distinction between morality and ethics. Morality has three principal meanings. In the first instance, morality means a code of conduct held to be authoritative in matters of right and wrong, whether by society, philosophy, religion, or individual conscience., Secondly, in a normative and universal, sense, morality refers to an ideal code of conduct, one which would be espoused in preference to alternatives by all rational people, under specified conditions. Thirdly, 'morality' could be said to be synonymous with ethics, the systematic philosophical study of the moral domain. In short, then, morality refers to a code of conduct (practical and pragmatic, to be applied in day-to-day living) while ethics is a systematic and philosophical study of the former.

As our world has passed through history since the beginnings of civilization as we know it, roughly 5000 years B.C., it has grown in knowledge and science, and various cultures have developed that embody these realms of knowledge. It is also evident that rules and regulations have grown to protect these societies and communities as they developed. It can also be argued that the rights of the individual were only recognized and realised very late in that development. In short, both morality and ethics have grown as humankind has grown in awareness and consciousness of who and what it is.

The history of our awareness of the rights of humankind is very recent indeed. Slavery was acceptable in the ancient Roman and Greek worlds, as indeed it was in most, if not all, of the many others. Indeed, slavery was accepted for hundreds of years by the Southern States of America which proclaimed themselves the Confederate States of the United States after secession. They upheld this line right up until the end of the American Civil War (1861-1865) when they were roundly defeated. (In September 1862, Lincoln's Emancipation Proclamation made ending slavery in the South a war goal, and this was to complicate the Confederacy's manpower shortages.) It is worth reminding ourselves aslo that it is only in our very recent history that William Wilberforce (1759-1833) became one of the greatest voices against the slave trade in England which led to The Slavery Abolition Act of 1833. It is interesting also to note that Wilberforece, the ultimate philantropist,was one of the founding members of The Society for the Prevention of Cruelty to Animals (SPCA) in 1824.

Likewise, humankind’s growing awareness of Human Rights can be seen in the American Declaration of Independence: “We hold these truths to be self-evident, that all men are created equal, that they are endowed by their Creator with certain unalienable Rights, that among these are Life, Liberty and the pursuit of Happiness.” (Note: the original hand-written text ended on the phrase "the pursuit of property" rather than "the pursuit of Happiness" but the phrase was changed in subsequent copies in part because it was broader. The latter phrase is used today). (July 4, 1776). These lofty sentiments are indeed admirable aspirations and were recognised immediately as such. However, aspirations are all too often a long way indeed from the reality of the situation. Journalists and commentators in England were not long in pointing out the inconsistencies and seeming hypocrisy in these sentiments, most notably that the existence and acceptance of slavery in America contradicted the lofty ideals espoused.

One can hardly quarrel with the great Abraham Lincoln’s sentiments in his Gettysburg Address: "Four score and seven years ago our fathers brought forth on this continent, a new nation, conceived in liberty, and dedicated to the proposition that all men are created equal." (1863) That this great president was instrumental in bringing an end to slavery on an official level is undeniable. That many human beings of whatever colour skin continued to be enslavers and slaves in their minds and in their consequent actions also is sadly undeniable

. In all of this there has been much blindness and lack of awareness on the part of human beings. Nothing was ever said about how settlers had treated the native indigenous Red Indians who originally inhabited the vast plains of America. Likewise the Aboriginal people of Australia was simply airbrushed out of its history. It is almost as if these various indigenous people never existed at all. Somehow morality and ethics simply did not stretch that far at all. How strangely blind we are as humankind?

Then, it took until 1948 for The Universal Declaration of Human Rights to be enacted. At this stage we had been living in civilization for some 7000 years. We are indeed slow learners. Why? Because, I suppose we learn by experience, and experience teaches us very slowly. It took the deaths of 6 million Jews and 6 million others of various “unacceptable” characteristics to be literally done to death by starvation, torture and immolation in the gas ovens of the Nazi concentration camps to bring that declaration about. Yes, we are slow learners. However slowly our learning goes, at least it continues. Our awareness of various evils is growing apace with our growing knowledge.

Today, no human being worthy of the designation will agree with slavery. We all profess the equality of each and every human being in the eyes of national and international law. We all cherish the rights of all equally whether they are indigenous tribes or our very own itinerant or traveller population here in Ireland. Likewise, we abhor the crimes of child abuse in all its forms: physical, sexual and psychological. Again, here we must remind ourselves that the rights of children have also only very recently been recognized. The Declaration of the Rights of the Child was proclaimed by the General Assembly of the UN in the resolution 1386(XIV) of 20 November 1959. The Convention on the Rights of the Child was adopted and opened for signature, ratification and accession by the General Assembly of the UN with resolution 44/25 of 20 November 1989 for entry into force 2 September 1990, in accordance with article 49. This is very recent indeed.

Likewise, I agree with Jonathan Glover about the fact that the psychological experience of people has sharpened our ethical perception of actions. In the wake of both World Wars (and the many other wars like those of Vietnam – a seemingly endless list) of the twentieth century we have witnessed the explosion of insight into post- traumatic distress and many other psychological and psychiatric disorders consequent on the horrific experience of war. Many ethical issues arise from these experiences. Likewise the personal testimonies of battered wives and husbands, of adults who were abused in all forms as children, the testimonies of children themselves, the accounts given by alcoholics, drug addicts and many others have all helped to sharpen our awareness of ethical issues. In short ethics must take psychology and experience seriously if it is to have any lasting and significant role in the future development of humankind.

War affects children mostly. We adults have a lot to be accountable for. Above is a picture of Iraqi children during the present war!
Posted by Tim at 3:13 pm