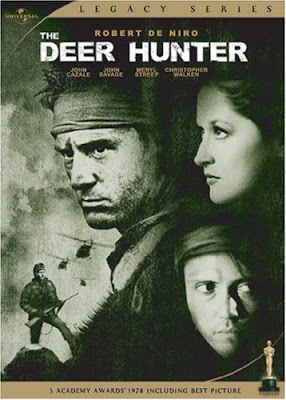 It gets easier as one grows older to accept the foibles, inconsistencies, jealousies and sheer anger and hatred that can lie at the centre of the human heart. On an individual level one grows to accept the weaknesses of oneself and of one’s friends and acquaintances. Then and only then can one learn to rejoice in those superior qualities that we humans can show from time to time: - strength of conviction, loyalty, dignity, honesty, integrity, courage, care and love to name some of the more obvious ones. In this light, it’s when we begin to look at the shadow aspects of our own character and begin to tame and integrate them, and it’s when we begin to observe the shadow aspects of our own tribe and accept them that we can learn to appreciate the brighter aspects of our Self and of our individual nations. When we look at both our nations and ourselves in this holistic sense, only then perhaps can we learn to understand even some little of the very mystery that we ourselves really are.

I have been recently viewing some old films on DVD. The Deer Hunter was one, which I viewed last night, and I believe it has a thing or two to say about the mystery of evil at the heart of man. Most of the story occurs in southern Vietnam and in working-class Clairton, Pennsylvania, south of Pittsburgh. It features the friends Michael, Steven, Nick, Stanley, John, and Axel and they are American steel workers of Rusyn ancestry. Mike, Steven and Nick are soon leaving for service in Vietnam with the U.S. Army. Steven gets married before they ship off, and the following morning, all except Steven go on one last deer hunting trip. The film features Robert De Niro, Christopher Walken and Meryl Streep. Robert deNiro, who plays the hero, Michael, has said this about acting: “One of the best things about being an actor is that it allows you to live other people’s lives without having to pay the price. It’s not that I find myself to be this fascinating personality, one of the things I had to decide on is whether or not to be an actor or a personality.” Indeed, this is where deNero triumphs as a superb and brilliant actor: - he does indeed get into the mind of the character, the very heart of method acting. Here, he gets into the mind of the Vietnam or Nam veteran realising on screen what it means to be a “killer,” to have the “killer instinct” in that widely accepted way, legitimated by human society – I refer to war of course. War and “official killing” are parallelled in this film with deer hunting. In the most famous quote from the film, “One shot. That’s what it’s all about. One shot,” Michael sums up his philosophy of hunting with his group of close friend’s from the steel works. It is also an ominous and hauntingly ironic line that prefigures the horrific theme of Russian roulette that runs through the film. Could there be a worse action than that of Russian roulette to sum up the depths of evil and insanity? In a way it symbolizes the very pointlessness of war and especially of the war in Vietnam.

Another quote that sticks in our minds is that of the returning Green Beret from Vietnam whom the friends encounter in the wedding scene. When they ask him what Vietnam is like he repeats several times like an ominous chorus, “fuck it!” Already we have the ominous sense of impending doom. The second scene in the film brings to the heart of Vietnam and to the very heart of the matter – the sheer horrific nature of evil. Nick, Steven and Mike are imprisoned by drunken evil Viet Cong captors who are making them play Russian roulette. To engineer their escape, Mike bluffs and tricks the drunken Communist jailors to allow him three bullets in the revolver, in place of just one. The jailors are elated at this insanity, and they increase their bets. Both Mike and Nick pull the trigger once - they both survive, even though the gun has three bullets inside. Then, upon Mike's second turn, he quickly fires the pistol at the Viet Cong, and he and Nick overtake their weapons and kill the rest of the Viet Cong. After rescuing Steve and escaping downriver on a floating tree, an American helicopter rescues them, but only Nick succeeds; the weak Steven falls back to the river, with Mike choosing to drop into the river to rescue him. Steven's legs are severely broken in the fall; Mike carries him until they reach friendly lines. It is interesting to note that DeNero and his fellow actor performed their own stunt here!

DeNiro considered his role as Michael the epitome of his career, because therein he explored the general character of the Vietnam vet with a deep understanding of the traumatic effects such experiences have on the human mind. In a way it is an exploration of insanity, too. It asks the question, “How long can a human being remain sane in the horrific situation in which he or she is dropped during the time of war?” Indeed, it could be argued, as some experts in cinema studies have done, that Taxi Driver, in which DeNero also starred as a Vietnam vet, is in a way a psychological sequel to The Deer Hunter, even though it predates it by two years. It’s as if the Michael of the latter was a more purely noble and heroic character and the Travis Bickle of the former was the resulting embittered, psychologically corrupted and evil serial killer into which Michael would undoubtedly be transformed.

In the mid-seventies of the last century there was definitely a malaise and an unwillingness to cope with the after-effects of the Vietnam war. The Deer Hunter (1978) and Apocalypse Now (1979) were the first films to portray combat in Vietnam in over a decade after The Green Berets (1968). Instead, the films of the early to mid-seventies, like Coming Home (1978) and Taxi Driver (1976), dealt with the issue of Vietnam rather indirectly, or more metaphorically, as opposed to head-on, like Deer Hunter or Apocalypse Now. Because of this, Taxi Driver was able to explore the psychological implications of a mind that has experienced warfare and how that experience actively controls the passions and violent urges of a character like Travis.

I have already adverted to the fact that the game of Russian roulette runs as a motif through this wonderfully disturbing film. In doing so Cimino has managed to capture the sense of insanity and horror and indeed the sheer pointlessness of war. It was a marvellously effective motif to run with. In so doing we the viewers are left very disturbed by a very disturbing film. This is a tragic and depressing film, which we all need to view and to ponder, as it does not spare the tragic consequences of modern warfare and the sheer lostness of little human beings amidst its sheer horror.