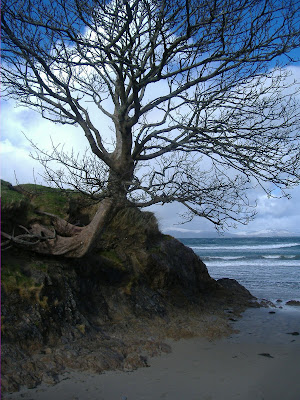 I remember many years ago reading John Henry Cardinal Newman, the great Victorian Roman Catholic theologian who wrote like an angel.  I was long captivated by his beautiful style of writing.  Anyway, the particular point I recall for my purposes here in his statement to the effect that "how we believe is as much a mystery as to how we remember." Where the quotation comes from in his huge body of work I cannot at this distance remember.  However, our brains even with its 100 billion neurons, cannot remember everything and so much of it is pushed into the background - as not being of much use to us in our daily activities - and can only later be recalled when we remember other related facts or situations.  To function in the day-to-day world of our senses we need to be conscious of only the more useful and more necessary facts.  The rest can be consigned to what Freud would have termed the "preconscious", just below the surface of the conscious mind as it were.

From my reading, it would seem, that Freud loved the metaphor of levels, a metaphor which he took from archaeology.  However, let me underline here and emphasise strongly that we should not take these terms to mean that such areas literally and concretely exist.  In trying to explain anything we humans find that our language is not capable of fully explicating a concern or issue or concept does, and must, of necessity, stretch itself to the limits by using metaphors.  Metaphors have always tripped up fundamentalists and literalists. One conception Freud had of the human mind or psyche was thus the working hypothesis or construct taken from archaeology, namely the three layers concept - The surface or Conscious Mind, the Preconscious Mind or that area of the Mind which contains everything we have experienced and learned over the course of our lives (we can retrieve a lot of the more recent information we have learned somewhat more easily than information from years ago.) and a deeper level or layer still, namely that of The Unconscious Mind with all those repressed and disturbing facts we do not wish to recall.  Freud, did, of course, use other images and metaphors for the psychic energies associated with the human mind, but these are beyond the scope of this present post.

I have just been reading a wonderful book on Freudian approach to the psyche (namely psychoanalysis) by Dr. Michael Kahn called aptly enough Basic Freud: Psychoanalytic Thought for the 21st Century (Basic Books, 2002)  I agree with Kahn and indeed with another famous psychoanalyst whom he quotes, Dr. Jonathan Lear, that much of Freud's basic intuitions about the nature of our unconscious mind have been sidelined because they contain facts we just don't like, realities, knowledge, feelings and fears we would rather not encounter or face squarely face to face.  In Kahn's words:  "Those of us interested in unconscious motivation suspect that another reason is that those academic authorities (who have sidelined Freud) find the theory of the unconscious unsettling." (Ibid., p. 2)

Let me return to my classroom experience of nigh on 30 years by way of elucidation here.  I have on many occasions in those thirty years witnessed pupils misbehaving.  I have often asked them why they behaved thus in the first place and often I have got the answer: "I don't know, sir."  In the beginning this answer used annoy me considerably, until finally I realised that maybe, yes, the student in question really did not consciously know why he was acting the way he was at all.  I have often witnessed over the years (thankfully not too often) students explode in anger at another of their number or at me myself.  Again, being a tolerably good teacher and a tolerably good psychologist or human being I have realised that these actions are not personally directed at me - I just happen to be a channel through which this angry energy is routed.  I have also luckily got to know and have been some little assistance to several angry young men over the years.  When the reasons for their angry outbursts were made conscious the anger was dealt with and disempowered greatly.  In other words, this is what psychoanalysis is for Freud, namely the making of unconscious motivation conscious.  I think Freud said somewhere or other that psychoanalysis was all about making the unconscious conscious.  Obviously many of the angrier and more disturbed students I have taught over the years could have done with psychotherapeutic or counselling interventions, but unfortunately these were not there and are not there.  Those I and other teachers like me, who have done courses in counselling and psychotherapy, have been a little helpful but on a very hit and miss basis as we are primarily and essentially teachers tethered to course work and classroom contact hours.  The provision of such services within our education system, I believe, is of paramount importance.  Perhaps that's the reason their are so many acts of violence, including murders, perpetrated by teenagers.

One of the images I love to use when I'm teaching class is the Iceberg Theory of the Psyche or Mind advanced by Freud.  I'm not so sure whether he used the actual iceberg image or metaphor himself or whether it was some later Freudian analyst, but it has always proved an effective image when I'm teaching Life Skills to 15 year olds and older.  There is a good graphic representation of this model of the psyche on the net and it can be accessed at this link here: Iceberg Model of the Mind : We can use the metaphor of an iceberg to help us in understanding Freud's topographical theory of the Mind to indicate graphically the following

Kahn suggests that a lot of people find it "unsettling to have it suggested that our conscious minds are merely the tip of the iceberg and that the preponderance of our thoughts and feelings, and, above all, our motives, are hidden to us and sometimes neither benign nor innocent." (Op. cit., p. 3)


Above I have uploaded a picture of a lonely tree embattled by the winds on the west coast of Mayo. I took this picture while at Delphi a week or so ago!
Posted by Tim at 6:45 pm