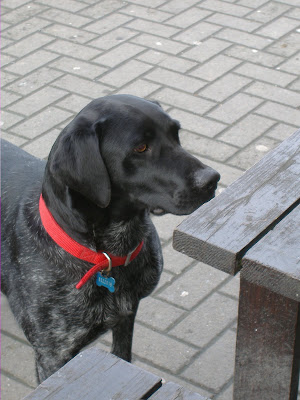 I love exploring the shelves of second-hand and remaindered books in any bookstore because one is always likely to find a gem stuck somewhere among the mass of less interesting books.  Some years back I happened upon one wonderful book entitled Irrationality: The Enemy Within (Penguin, 1992).  This book was a real find and it is one I return to again and again for its accumulation of interesting and astute observations on human nature.  Not alone that, but all those observations are based on good research which the author quotes authoritatively.  The author is Norman Stuart Sutherland (1927 - 1998), always known professionally by the shorter version Stuart Sutherland.  He was a British psychologist and writer.  He was also interested in human perception and cognition, and in 1992 he published the above mentioned book which is essentially a lay reader's guide to the psychology of cognitive biases and common failures of human judgement.

Sutherland argues forcefully and convincingly that we humans simply are not as rational as we like to think we are.  To support this contention he advances many cogent arguments, all backed up with well-marshalled scientific facts and research. I was interested in what he had to say on Freud:

Ryle [Gibert Ryle] led a cloistered life in Magdalen College, Oxford, an environment in which it is perhaps not too difficult to act rationally, but Sigmund Freud, who interacted in Vienna not with desiccated academics but with neurotic patients and with his often equally neurotic colleagues, shared Ryle's approach [that rationality was the key to human life].  He assumed that rational behaviour is the norm: he therefore attempted to explain only acts that are irrational, particularly dreams, neurotic symptoms, and slips of the tongue.  His explanations are an attempt to show that once the unconscious processes underlying behaviour, particularly the conflict between the libido and the superego, are understood, all these apparently irrational acts are in reality rational: they allow the libido satisfaction in disguised form.  The defence mechanisms that conceal the fulfillment of the libido's wishes from the superego are unconscious but entirely rational.  The miser hoarding money that he will never use is not really irrational: he is gratifying himself by fulfilling an infant desire to retain  his faeces. (Op. cit., 3)

I have, needless to say, italicised and bolded parts of the above to highlight Freud's rationality.  That is a new insight for me; that even the irrational was ultimately rational for Freud.  This is a good point to be cognizant of, I think.  It adds another perspective to the Freudian approach to psychiatry and essentially psychoanalysis.

It is beyond the scope of this post for me to say anything about Sutherland's marvellously erudite debunking of the Rorschach tests (The test is named after Hermann Rorschach (1884-1922) who developed the inkblots, although he did not use them for personality analysis. The test is considered "projective" because the patient is supposed to project his or her real personality into the inkblot via the interpretation. The inkblots are purportedly ambiguous, structureless entities which are to be given a clear structure by the interpreter. Those who believe in the efficacy of such tests think that they are a way of getting into the deepest recesses of the patient's psyche or subconscious mind. Those who give such tests believe themselves to be experts at interpreting their patients' interpretations) which are still widely used today as we write.  Nor to I wish to explore the nuances between the words irrationality and non-rationality.  Both these asides must wait for further reading and further in-depth thinking on my own part.  However, I must remain grateful to Stuart Sutherland for his enriching insight into Freud's approach to irrationality.


Man's best friend - the reliable, lovable and unconditionally loving dog - all id and irrationality!
Posted by Tim at 10:09 pm No comments: Links to this post

The Interpretation of Dreams 3 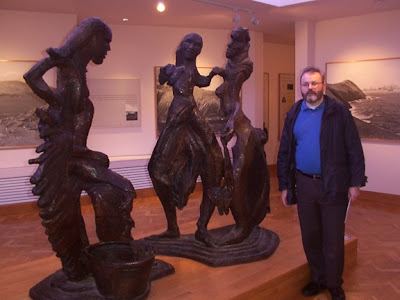 That Freud was a scholar and widely read no one can dispute. The Interpretation of Dreams opens with an amazingly comprehensive review of the then current literature on the subject.  One could have expected no less from the brilliant erudite Freud.  His original bibliography runs to some 78 books on the subject of dreams from various philosophers, professors, psychologists and doctors - Aristotle, Schopenhauer and Schleiermacher to name but some of the scholars on the philosophical front to the early great psychologist Wilhelm Wundt.  He also quotes three titles from the pen of Henry Havelock Ellis ( 1859 - 1939) who was a British doctor, sexual psychologist and social reformer.  Needless to say he lists one of the books by the famous pioneering British psychiatrist Henry Maudsley (1835–1918), namely The Physiology and Pathology of Mind (Macmillan, 2nd edition, 1868) - after whom the very famous and internationally renowned hospital is called.  Freud's sources were mainly in the German, French and English languages with even three in the Italian.  With typical and almost obsessive erudition, Freud added a postscript to his bibliography where he points out that as he was correcting the final proofs of this book that he learned of a further book recently published on dreams (cf., The Interpretation of Dreams, Oxford World's Classics, OUP, 1999, pp. 413-416).

Beginning the book with a fairly long review of current literature was a brilliant ploy.  It showed that its author was no idle or lazy speculator, but rather a serious scholar who had read all the available material on dreams.  He realised, as he wrote to Wilhelm Fliess, that this introductory chapter stood as a "shield in front of the rest" and the leisurely "walk through the dark forest of authors in this chapter served to exhibit the essential poverty of existing theories on dreams." ( Gay, Peter, Freud: A Life For Our Time, Max, London, 2006, 106)  While many of these authors had caught a glimpse of the truth behind dreams, that is all they had managed to catch for their theories were largely unconvincing.  Freud argued that it was necessary to begin again with him - with his own magisterial understanding of the truth behind dreams.


Me in Ionad an Bhlascaoid, Dún Chaoin - fior-áit na na mbrionglóidi!
Posted by Tim at 12:14 am No comments: Links to this post

The Interpretation of Dreams 2 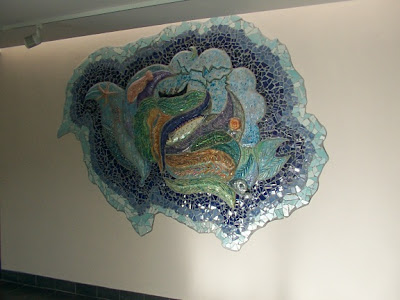 I have already referred to Dr Helen Graham and her trenchant criticism of Freud - that his approach to the human mind is very mechanistic and that his structural model of the mind operates like a engine or machine.  She goes on further to contend that pure Freudian psychoanalysis was like fixing a machine and that the psychoanalyst was rather like an engineer who could look into the complex psychic machinery of the psyche and identify its problems through careful analysis of its workings and, in principle at least, set it working again.  See this link: Graham.   Undoubtedly, Freud thought of himself as a scientist and was indeed quite reductionist when it came to the human mind, but as I've already contended I would not go along 100% with Graham's position.  I mentioned in a previous post that I'd possibly agree with her criticisms to a factor of 80%.  I might even reduce this by a further factor of 10%.  It's also interesting to point out that Freud saw himself as researching, exploring and promoting the ultimate science of the mind as it were.  I have already alluded to the fact that he did not tolerate disagreements with his own well-thought out principles - indeed he did not brook much opposition, if any at all.  Moreover, with respect to The Interpretation of Dreams, it's very important to note the emphasis on the definite article here, namely that his approach is the approach, the one and only way, the ultimate scientific approach to dreams.

I note with a certain pleasure Freud's sheer confidence.  I certainly do not call it arrogance, for having read some half of this book so far I can honestly say that our may is not arrogant at all.  He is rather like a confident and sure-footed donkey or horse going up and over a small mountain.  Note this confidence in the very opening sentence of The Interpretation:

In the following pages I shall provide proof that there is a psychological technique that allows us to interpret dreams, and that when this procedure is applied every dream turns out to be a meaningful psychical formation which can be given an identifiable place in what goes on within us in our waking life.  I shall further try to explain the processes that make the dream so strange and incomprehensible and infer from them the nature of the psychical forces in their combinations and conflicts, out of which the dream emerges.  (The Interpretation of Dreams, Oxford University Press, 1999, 6)

I have bolded and italicized what I consider the essentials of Freud's style and method.  As a psychiatrist and clinician who saw himself in the role of a professional scientist he uses words like - "proof,"  "psychological technique" (the psychoanalytic method), "procedure" (medical term), "apply" (like a medicine), "formation", "processes" (medical), "infer" (logic) and "psychical forces" (physiology/physics).  Freud is writing his book as an expert who is confident in so being.  It is also interesting to note the emphasis on "combinations and conflicts" that he sees as being the very nature of the "psychical forces."

Peter Gay is at one with me here.  In commenting on Freud's opening proclamation as it were, he declares that:

Freud asserted not just that dreams have meanings open to interpretation, but that they can be interpreted only if one follows his procedure.  He was putting the reader on notice that he was about to launch on a work making large claims.


Above I have uploaded a picture I took of a lovely piece of artwork in Ionad an Bhlascaoid, Dún Chaoin, Contae Chiarrai.
Posted by Tim at 8:49 pm No comments: Links to this post