The Quest For Father 4 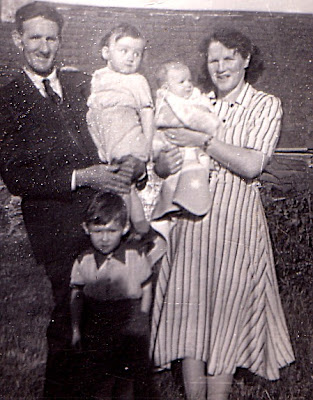 There are many metaphors to describe life.  Some say it is a journey, more an adventure, others a mystery.  Some even see it as most problematic and decide to escape from its troubles through many means - addictions of various sorts and by suicide - a most extreme measure indeed which has been well defined as "a permanent solution to a temporary problem."  We all search for some meaning in our lives.  To give it meaning we search for patterns and shapes.  For instance, once we look back on our lives we begin to discern patterns.  The question arises - are those patterns objectively there or do I the observer subjectively impose a pattern on my experiences?  Actually I believe the latter may be the case, but it really does not matter which view you hold because a pattern is necessary to give us purpose and direction and indeed a centre point for which to draw our very own pictures of meaning.

Another metaphor I quite like is that of the jigsaw.  Like is an on-going jigsaw - I shall only put in my last piece upon my death.  Jung speaks about all the archetypes that are there in our collective unconscious.  An archetype in psychology is a generalised model of a person, personality or behaviour from which other aspects of the person, personality or behaviour can be modelled.  As a WIKI article puts it:

Archetypes have been present in folklore and literature for thousands of years and appear to be present in prehistoric artwork. The use of archetypes to analyze personality was advanced by Carl Jung early in the 20th century. The value in using archetypal characters in fiction derives from the fact that a large group of people are able to unconsciously recognize the archetype, and thus the motivations, behind the character's behavior (sic).  See this link Archetype

There are, of course, many other archetypes.  In fact, their possible number is limitless. Jung listed other ones like Child, Hero, Great Mother, Wise Old Man and the Puer Aeternus or Puella Aeterna.  Father and Mother are also two archetypes, the former of which I have been exploring in this series of posts.

To return to my image or metaphor of jigsaw, I would see the human goal of individuation (Jung), meaning and ultimate meaning (Vicktor Frankl) or self-actualization (Abraham Maslow) as being achieved through the gradual incorporation of all the various archetypes into the personality.  Each of them is a piece of the jigsaw puzzle.  The main pieces, in other words all the main archetypes at least have to be incorporated into everyone's personal jigsaw while I believe there will be other pieces or other archetypes more specific to certain people than others.  Obviously those of Mother and Father are primary ones.

Above I have posted a very old picture of my mam and dad and us when children.
Posted by Tim at 11:50 am No comments: Links to this post