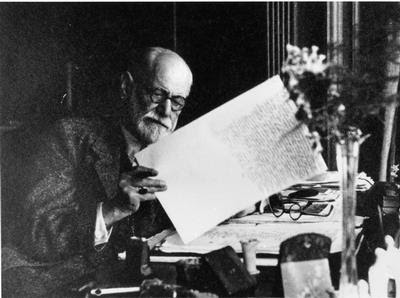 The more I read of Carl G. Jung, the less I liked him as a person, though I still believe his writings and the wisdom contained therein superb.  The more I read of Freud, the more I liked him as a person, and even though some of his theories are a bit “over the top,” much of what he has written is also brilliant and foundational with respect to any theory of psychotherapy and counselling.  Freud is the founding father of all therapy, period!  One of the areas where I really admire him is his sheer strength of character and his courage against all opposition.  From his very youth he had a great sense of himself and of his purpose in life.  He was a brilliant student and he knew it.  He became a brilliant psychiatrist and the world knew it.  As he became more and more adept in clinical psychiatry, he made watershed discoveries about the human psyche which I have discussed in much detail in previous posts.  In all these matters his courage came very much to the forefront: he proposed theories which literally shook the contemporary world of psychiatry to the foundations; he thrived on opposition; he did not care if his theories brought down the contumely of society on his head.  One has to admire such a person.

As I have stated in these posts previously, Freud did not want to flee the rise of Nazism like a coward before his killers.  Rather he wanted to do the right thing for himself, for his family and for the movement he founded: The International Psychoanalytic Association.  To put it in the words of T.S Eliot, when the latter referred to the integrity of the great Thomas a Becket: He wanted to do the right thing for the right reason!  Edmundson, again in his wonderful book, has this to say of one of his first meetings with his great friend and later also a Freudian therapist, Princess Marie Bonaparte:

The princess was smitten by Freud from the first time that she met him.  She told him that he combined the powers of Einstein and Pasteur.  “Do you really think so?” said Freud.  “I’m very flattered.  But I can’t share your opinion.  Not that I’m modest, no.  I have a high opinion of what I have discovered, not of myself.  The great discoverers are not necessarily great minds.  Who has changed the world more than Christopher Columbus?  Now who was he?  An adventurer. [The Death of Sigmund Freud, Bloomsbury, 2008, 76]

A strong character indeed – not humble in the saccharine sense at all.  This shows a strong and realistic humility.  For Freud it was his discoveries about the human psyche that mattered – they were the real gold for him.  Therefore, the question as to whether to flee Vienna or not was an important one for him.  It was really a question of his integrity, the integrity of the enterprise summed up in his life’s work.   Indeed, being all too human, the safety of his family counted much in all his deliberations.

Freud was lucky.  He was far too famous to be rushed off immediately to a concentration or work camp.  He had founded a powerful international movement and had become one of the most influential people in the early twentieth century.  So the Austrian Nazis bided their time as to what to do with this founder of what they called “the Jewish science.”  Little did they know that the master psychoanalyst saw right through them and through their craven megalomaniacal leader.

He was lucky, also, in the fact that he had many powerfully allies and friends.  John Wiley, the American chargé d’affaires in Vienna kept the American Secretary of State, Cordell Hull informed about how much in danger the founder of psychoanalysis was.  Princess Marie Bonaparte was also a very powerful ally.  In fact she sat camped outside Freud’s apartment, right on the stairs to prevent his arrest.  She was an equally strong character.  When all the others were fleeing before the Nazi cowards these people stood their ground.  Well, I suppose they had the power and position to be somewhat unreachable.  Then Freud’s closest ally and disciple, apart from Anna that is, Ernest Jones, took to helping the old man with escaping from the fascist clutches.  If Professor Thomas Henry Huxley was Darwin’s bulldog, truly Ernest Jones was Freud’s.  It was Jones who helped persuade the old founder of analysis to flee.  Freud told Jones that he felt like a captain abandoning his ship, but the wily Jones replied that sometimes like second officer Lightoller of the Titanic one does not leave the ship, the ship leaves one.  What happened to the lucky second officer on the Titanic was that he was physically blown to the surface of the ocean when the boiler exploded.  Freud could not be accused of leaving Austria, rather it could be accused of leaving him.  Let me return once again to Edmundson’s words which are very ad rem here: Freud who had only briefly contemplated suicide realised that if he

were to commit suicide, overtly by taking poison, or covertly by staying put and letting the Nazis do as they would, he would be showing weakness.  He would be showing that his sense of self or ego, his confidence in who he was and what he had achieved, was not strong enough to fight against whatever forces were telling him that life , his life, was not worth living.  He would perhaps be surrendering to the Nazi version of who Sigmund Freud was – a troublemaking Jew who’d written noxious books.  [Ibid., 86]

Above Freud hard at work at his desk! He was a life-long workaholic
Posted by Tim at 7:34 pm No comments: Links to this post