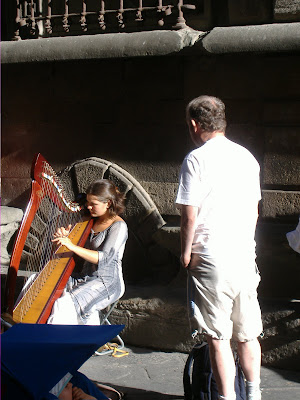 I’ll begin this post by recapping a bit of what I said in Existential Psychotherapy 2. I referred there to the fact that we all often suffer from a sense of alienation, that is a sense of being cut adrift on a sea of confusion, without any firm roots of identity whether that be in a place, a family or a tradition. Roots are very hard to put down in the concrete jungles of our modern cities. A famous Irish poet in the Gaelic language, Máirtín Ó Díreáin, stated that he felt “stoite” nó “dífhréamhaithe” that is “uprooted” or “pulled up by the roots” in the city of Dublin from his natural identity in his home soil of the Aran Islands. That was in the 1950s. Then how much worse must this sense of alienation be in any modern society, where as Alvin Toffler stated there is an acceleration of change.

However, existential psychotherapy takes all these themes and works with them and seeks to lead the client away from such concerns by acknowledging them (strangely and ironically.) Kierkegaard said that the only way out of despair was the “leap of faith,” that is, the leap of faith into the lap of God as it were – only faith in God could answer these crises of the human spirit. In today’s language, our leap of faith has to be a leap into a renewed belief in our own integrity, that we ourselves are meaning-making animals and we do not need an outside “other” to make that meaning in the final analysis. In other words, what I am saying here is definitely not that we can make this journey to meaning on our own. Yes, indeed, we do need others to confirm, affirm and often re-affirm us in our uniqueness and authenticity as steps on the way to a renewed belief in our own integrity, but the real and final journey has to be made alone. In our own deep internal authenticity we ourselves are our very own meaning-making animals. In this regard, I have long been a supporter and advocate of Viktor Frankl’s logotherapy.

Existential therapists take all the above concerns as concretely exemplified in the subjectivity of their clients or patients and seek to accompany them on the personal journey of self-integration, of piecing together the dis-integrated, fragmented, alienated and shattered self. In a sense this therapy is at once an acknowledgement of deep despair in the light a higher overarching hope. It’s the heralding of hope over despair.

Our Smallness and Insignificance:

Any readers of my posts must surely be tired now of my continued references to the work of the contemporary philosopher John Gray. This philosopher has stated, wisely I believe, that much of humankind’s anxieties have been caused by its sheer overestimation of its own importance and its sheer overstating of its role in the universe. Humankind has ever been so vain. This over-rating, needless to say, has added to modern humankind’s growing sense of alienation. In short, good existential psychotherapy, or indeed any of the multifarious forms of psychotherapy, seeks to help us come to grips with our smallness and insignificance and work from there to a new and renewed sense of our significance – a pared-down one maybe, but a more authentic and life-and-death affirming one. I prefer the phrase life-and-death as hyphenated because this really is what life is about essentially – death is not the end of life – it’s part of it. Ponder the seasons and meditate long upon their cycle and this message will drop into our hearts slowly and peacefully and affirmingly.

Let me quote at some length some words of wisdom from the existential psychiatrist and therapist, Irvin D. Yalom:

Friends must keep reminding one another (and themselves) that they, too, experience the fear of death. Thus in my conversation with Alice, I included myself in discussions of death’s inevitability. Such disclosure is not high risk: it is merely making explicit what is implicit. After all, we are all creatures who are frightened at the thought of “no more me.” We all face the sense of our smallness and insignificance when measured against the infinite extent of the universe (sometimes referred to as the “experience of the tremendum”) Each of us is a speck, a grain of sand, in the vastness of the cosmos. As Pascal said in the seventeenth century, “the eternal silence of infinite spaces terrifies me.” (Staring at the Sun: Overcoming the Fear of Death, Jossey-Bass, 2009, 132)

NOW THIS IS NOT ALL GLOOM, DOOM, DYSPEPSIA AND DESPAIR. Far from it. There is something beautiful at work even in the apparent ugliness of life. There is an innate healing available to all who are open to it. And this healing is natural, though we must keep ourselves open it by being open to others. We must be open to learning to heal ourselves and then consequently heal others. Let me illustrate this practically. At school, our primary school principal has set up a small charity called Zamda which seeks to help a small African community in Zambia. (See this link here: ZAMDA) Our school – both primary and secondary – is linked with Zambia through the Christian Brother Schools network. Pat, our primary school principal, relates a life-changing experience he had some years back which directly led to his setting up of this charity. Once, when he was in the hospice for the dying (most of the patients, many of whom were children, were dying from AIDS), he picked up a beautiful little boy of four and cradled him in his arms. After a while he noticed that the little boy was no longer moving. The nurse gently told him that the little boy had just died in his arms and had only wanted him to cradle him as he went on his journey into death. Needless to say, this had a dramatic influence on Pat’s life which he now lives with increased zest, joy and hope and dedicates much of his spare time to raising money for this worthy charity and in organising trips by our secondary school boys to Zambia to help out in youth clubs, hospices, schools etc.

Likewise, it is good to quote Mother Theresa who saw her task and that of his order of nuns of bringing love and healing to lives destined all too soon to extinction. To conclude this post, I’d like to return to quote Irv Yalom once again as I find much wisdom in his writings:

Even for those with sa deeply ingrained block against openness – those who have always avoided deep friendships –the idea of death may be an awakening experience, catalyzing an enormous shift in their desire for intimacy and their willingness to make efforts to attain it. Many people who work with dying patients have found that those who were previously distant become strikingly and suddenly accessible to deep engagement. (Ibid., 132-133)

Above the music that heals the weary soul - harp music - in La bellissima citta' di Lucca, Toscana, Iulio, 2006.
Posted by Tim at 2:36 pm No comments: Links to this post