Power - it's Use and Abuse 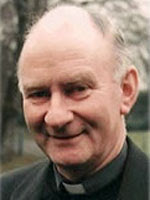 We are indeed strange creatures - an extraordinary mix of good and bad; creatures, prone to extreme selfishness on the one hand and complete altruism on the other; with a nature that succumbs quite readily to the basest temptations of the flesh in one instance, as illustrated so effectively and forcefully in what the Catholic Church used call (and undoubtedly still does) The Seven Deadly Sins and in another instance a nature that succumbs to the highest motivations, as shown most powerfully and effectively in the exercise of what are called The Seven Virtues. I have written about these polar opposites already in these pages.

However, we strange creatures are also beset by lure of power: see the following post The Seven Deadlies Undoubtedly, Lust, Gluttony, Greed, Sloth, Wrath, Envy and Pride can be, and often are motivated by power.

- Power is a measure of one person's ability to control the environment around itself, including the behavior of other person's in that environment. When we are "thrown" ignominiously into this strange and hostile world as little helpless babies, to use Heideggerian language, we soon realise that we are very much dependent on that most "significant" other in our lives, namely mother, to provide for our every need. We cried to get our needs fulfilled, and therefrom we gradually learned to act upon our environment. In other words we gradually, if painfully, learned to use our power. We were also not long in learning that the world, which was often hostile to our needs, acted upon us. In other words, there were other "powerful" persons struggling with us in new relationships of power.

I am interested in the psychology of power as I encounter it in my everyday life - how all our relationships - especially professional ones - rely to a great extent on both its use and abuse, whether conscious or unconscious. Buddhism, and the Eastern philosophies call us to awareness of not alone the motivations of others, but, most essentially and importantly, our very own motivations. This psychological pragmatism has long appealed to me. The WIKI in an interesting, if rather cumbersomely comprehensive, article has this to say on the psychology of power:

Recent experimental psychology suggests that the more power one has, the less one takes on the perspective of others, implying that the powerful have less empathy. Adam Galinsky, along with several coauthors, found that when those who are reminded of their powerlessness are instructed to draw Es on their forehead, they are 3 times more likely to draw them such that they are legible to others than those who are reminded of their power. Powerful people are also more likely to take action. In one example, powerful people turned off an irritatingly close fan twice as much as less powerful people. Researchers have documented the "bystander effect" in which they found that powerful people are three times as likely to first offer help to a "stranger in distress". A study involving over 50 college students suggested that those primed to feel powerful through stating 'power words' were less susceptible to external pressure, more willing to give honest feedback, and more creative.

What interests me here is the finding that the more power one has, the less one takes on the perspective of others. How true this is, when one applies this simple, if frightening, finding to the attitudes of the high echelons in the government, the civil service, the medical, the judicial, and indeed the episcopal worlds where we hear the erstwhile assistant bishops of Dublin singing their innocence with great and obvious sincerity. Yes indeed, we know they are good and decent men who did nothing wrong. But as that rather stentorian theologian, the Rev Dr. D. Vincent Twomey puts it, and rightly so, "they did nothing wrong; but they simply did nothing." Theirs was a sin of omission, of failure to do anything, a mere fitting into the then accepted culture of the hierarchical church in the archdiocese of Dublin. Probably, most of us reading this blog would have done the same. It's all too easy to "fit into" the prevailing culture - and we often do so blindly and unconsciously. But, does that lessen our guilt? The German people have long realised their conscious, and often unconscious, "fitting into" the Nazi culture was indeed a grave wrong. It is, unfortunately, a similar situation for the former auxiliary bishops of the Dublin archdiocese. For the sake of true justice, authenticity and simple decency, they must resign. Nothing less is acceptable.

The allure and misguidance of power is such a powerful drug. It dulls the senses and allows the conscience to fool itself with the subtlest of arguments - often an unconscious blindness in itself. However, such subtleties pale into insignificance before the unsubtlety of the deep injuries wrought upon so many innocents in the clerical abuse scandals of the Dublin Archdiocese and indeed further afield.

In short, power is all too often a mercurial liar.

Above at top is Rev Donal Murray, D.D., the Bishop of Limerick who has just resigned. He lectured me many years ago and is a very fine gentleman who possesses a very fine intellect - perhaps the brightest odf all the bishops, indeed. While one could not fault him personally, he simply had to resign. The case must surely be the same for Bishop Martin Drennan, Bishop of Galway. He has to go for the sake of (i) the victims of abuse, (ii) the good of the Church in general and (iii)for the sake of good of leadership in general in Ireland. We need resignations from politicians and bankers, too, truth to be told! Leadership in sadly wanting in all areas of society in Ireland, not just in the Church sector.

Posted by Tim at 1:20 am No comments: Links to this post