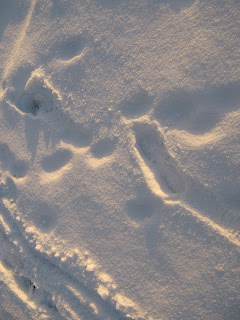 Yalom writes beautifully, and typical of an existential therapist, with great authenticity, integrity and congruence.  Consequently his words ring true and, practically always, with a practised ease.  He writes as Coleridge used say with "the right word in the right place" and to the maximum effect.

Yalom's works in general, and yet again in Staring at the Sun, yield up wonderful insights to the discerning reader.  One such insight which I loved was his declaration that after having read and studied, and later got to know Rollo May as a close personal friend, that he embarked on reading widely from the field of philosophy as well as in the literature in his own subjects of psychiatry and psychotherapy. (See op.cit., pages 172-173.)

Yalom is good on his befriending of the "Grim Reaper" of death.  He is especially revealing where he outlines his own personal fears and how he cpoes with them, and on the deaths of his friends who were themselves famous psychiatrists and psychoanalysts, viz., Jerome Frank, John Whitehorn and Rollo May.  To read Yalom here is to encounter not alone Yalom's great spirit, but also that of these three other towering figures in the history of psychotherapy in the United States of America. (See ibid., pages 166-176).

I remember a dear friend and colleague of mine once commenting that death is not a problem for the deceased, but for those left behind.  That is indeed true, and Yalom strongly agrees.  When we are dead all our earthly problems and concerns are well and truly finished.  My consciousness, my "me-ness" will have ceased.  The great Greek philosopher Epicurus (341-370 BCE), well known for his insightful quips, once remarked that "Where death is, I am not."  In other words, Yalom argues, we cease to be thoroughly as a person.  Here is Yalom in his own stark, but clear words:


There won't be any me there to feel terror, sadness, grief, deprivation. My consciousness will be extinguished, the switch flicked off. Lights out. I also find comfort in Epicurus' symmetry argument: after death I will be in the same state of nonbeing as I was before my birth. (Ibid., p. 178)

Now back to those left behind and to their grief and to their problem, to which my friend so insighfully brought my attention.  I suppose most of us fear the act of dying itself which may be painful - none of us wants to be in pain.  Death itself, which is the absence of consciousness and therefore of pain holds out little or no fear for us.  What we may fear may be the anguish of leaving our companions and family.

Yalom believes that what can conquer our fears of dying and death itself are (i) Rippling, (ii) Forging Connections, (iii) Embracing Transiency, (iv) Creativity in all its dimensions, (v) a person's core beliefs - these may be religious for some people.

Now let me look at each of these ideas in turn.

(i) Rippling:  We all influence others, just as others influence me.  My good and bad acts touch others and so on out into the wider community.  Now, needless to say, I put in the word "bad" in the previous sentence for the sake of completion and for the sake of honesty as we are all actors on the world for good or bad.  Hopefully, as a good agnostic Buddhist, I believe in the karmic effects of my actions and attempt at all times for my actions to be as good as possible and I also attempt to reduce my bad actions.  Now, personally I love the idea of "giving" of myself in the service of others, of being as open and as honest as I can possibly be in my dealings with them, and I find that a wonderful positive force or energy comes back in  my direction.  I also believe that each and everyone of us reaches out and touches so many others in our actions and in our words.  I think of the great quote from JFK about how history is made by the mutiplication of all our little efforts whicg bring about change on a more global level.  We may not live on, but some of our energy will.

(ii) Forging Connections:
Intimate connections with others help us to overcome our fear of death. Yalom advises us to be tenacious about our maintaining and nurturing old relationships and establishing new ones.  I remember an old philosophy lecturer who once lectured us way back in the late sventies saying that there was no limit to the amount of friendships we could truly make.  I got to admit that I was then very sceptical about the truth of his remark and up till I was about 40 years of age remained so.  Since then, I believe I am able to reach out in a more intimate way to almost everyone I encouner in my life.  However, this "new sense of openness" and of "forging connections" with others has been born through the crucible of black despair.  I have already recounted in these pages my encounter with depression of the endogenous variety and my having been hospiutalised for the same.  This encounter with deep blackness and my subsequent recovery and on-going good health mentally has brought me to accept more readily my old lecturer's contention.  However, the whole romantic notion of love has long since died, being merely a product of the delusion of the mind.  Yalom talks about how enriching encountering others and forging connections with them is in all our lives.  Here is how he describes his forging of connections:


The rich opportunity for connection is precisely what makes therapy so rewarding for the therapist. I attempt to relate intimately and authenticvally with every patient I see, in every hour we meet.... Schopenhauer and Bergson, for example, think of human beings as individual manifestations of an all encompassing life force (the "Will", the "élan vital") into which a person is re-absorbed after death.) [Ibid., pp. 180-181)

(iii)   Embracing Transiency:  This word "transiency" is very American.  On this side of the Atlantic we, more often than not, us ethe word "transience."  Another friend of mine loves using the famous AA quote, i.e., "This, too, will pass!"  How true!  How philosophic!  How wise!  This sentence sums up what transience is all about.  I feel that the ancients got the idea of transience more correct than we do.  Firstly, they were very close to the earth and to Mother Gaia, and so they were in harmony with the movement of the sasons.  Since then we have become alenated from the earth, from Mother Gaia and her important cycles - the cycles of the seasons.  No wonder that those ancients saw that the cyclical nature of life was more important than the linear nature of it.  Unlike us, they had no preoccupation with linearity or with the myth of indefinite progress.  For them, life came and life went and this happened over and over again and would cointinue to do so.  The seed was planted in the soil and died there and was reborn with water into a young shoot which grew into a plant, which grew and then died after it had produced seeds to keep the next generation going, and so on.  We need to re-establish our relationship with the cycles of the seasons and with the rhythms of Mother Gaia ( I use this term in the metaphorical sense to capture the beauty of the entity that earth is as an organism.  I certainly don'y us eit in a religious or even in a quasi-religious sense.  However, I do use it in a spiritual sense.)
(iv) Creativity:  This is surely the greatest demarcation of the human species from his animal brothers and sisters.  The human animal has limitless powers of creativity.  I will repeat what I have said in my welcome comments in the right margin of this blog here for emphasis, as it sums up neatly the very heart of creativity:"Some men see things as they are and say "why?" but I dream things that never were and say "why not?". This quotation is variously attributed to Robert Kennedy and even Teddy Kennedy, but it is from a work by George Bernard Shaw, one of Ireland's four great Nobel laureates for Literature.  And so, our creativity and our dreams know no bounds.  Look at all the wonderful works of literature: poems, short stories, prose works, biographies, plays, dramas and so much more; the worlds of the theatre and of film; the world of Art in its many incarnations; the worlds of Sculpture and Architecture and finally the great world of Music, that wonderful international or supra-national language of the soul. Then there are the Sciences in their many manifestations.  In a sense, while these latter Natural Sciences proceed by the application of Reason and of Empirical observation, the geniuses who made and continue to make important scientific discoveries work by a creative process linked to dreams and to a creativity which can never be solely logical or rational.  Genius itself must fuse the rational and the non-rational in the human mind to make scientfic discoveries.
(v) Every person must have core beliefs.  For some these will be religious.  For others these will be spiritual in the broadest sense of that term.  For others, yet again, these beliefs will be merely cultural in their import.  Then there are still others of a definite atheistic and humanist approach to meaning.  Whatever anyone believes, the human animal is a meaning-making animal.  Let any member of the human species believe what he or she will, and this freedom of making meaning in their very own unique way must always be respected.  Yalom is very good here as he says that as an existential psychotherapist he must always seek to build up a person's core belief, not pull it down, even if his own beliefs are diametrically opposed.  The role of the therapist, like the role of any good human animal is to respect the core beliefs of another, which by definition gives that person firm ground to walk upon in life.  To remove it would indeed be destructive and deeply harmful.

Snow, snow, beautiful snow, but it melts away, away...
Posted by Tim at 11:09 pm No comments: Links to this post