In the footsteps of James Hillman 8 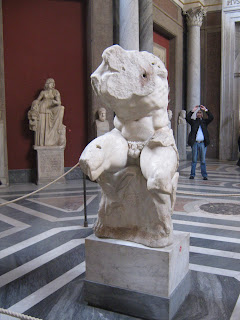 The Neglect of Beauty - The greatest Sin of Psychology

Who can forget the immortal lines of the great Romantic poet John Keats who perished so young to the scourge of tuberculosis?  Here he is writing about beauty, and indeed the poem can be looked upon as a foundation for a take on aesthetics:

A thing of beauty is a joy for ever:
Its loveliness increases; it will never
Pass into nothingness; but still will keep
A bower quiet for us, and a sleep
Full of sweet dreams, and health, and quiet breathing.

These words are suffused with an almost naive passion for things natural and beautiful, typical of the poets of the Romantic movement.  However, they are so impressed upon my mind after my schooling, which insisted on our memorising such verses of "fine poetry," that they insist on being remembered here.  Whether our aesthetics is as naive and as passionate or childlike, one can only agree with Hillman that psychology has totally neglected the aesthetic aspect of life, that things are not just there to be analysed away, to be quantified by figures, to be explained away with theories of various hues.

However, I have the sneaking suspicion that Hillman goes a little too far with his avowal that this book avoids the usual terms encountered in most psychological texts, and he lists these "infectious agents" as follows: "performance, growth, creativity, thresholds, continuum, response levels, integration, identity, development, validation, bouindaries, coping measures, operant conditioning, variance, subjectivity, adjustmeant, verifiable results, test results, emergence, hope." (The Soul's Code, p. 37)  Such a list is far too radical, I believe, as it is practically "throwing out the baby with the bath water" to use a very ugly cliché.  I can understand the dismissal of the more rigidly scientific terms like verifiable results, test results and validation and such like terms, but the excision of such words as growth, creativity, integration, identity and hope I find somewhat unbelievable. However, I do see the drift or direction or intention of his arguments.  Let us return to a direct quotation from our guru once more:

You will find few diagnostic labels and no acronyms.  This is a psychology book without the word "problem."  Little mention of "ego", of "consciousness" and none of "experience"!  I have also tried to prevent the most pernicious term of all, "self," from creeping into my paragraphs.  This word has a big mouth.  It could have swallowed into its capacious limitlessness and without a trace all the more specific personifications such as "genius", "angel", "daimon" and "fate"... As civilization subdivides into its own waste deposits, it doesn't matter whether you are feminine or masculine or any composite of them.  We all dissolve together.  For more urgent matters than gender call out to the passion of psychology. (Ibid., p. 37)

Our man Hillman wishes us to embrace a new conceptual framework, or rather a renewed conceptual framework based on the archetypes found in our ancient human myths.  Afterall, he does call his approach to psychology archetye or archetypal psychology.  His psychology is visionary and expansive and passionate and it embraces the very narratives that humankind writes for itself in story, in verse, in art and in myth.  Hence, all technical terms are anathema in his verbal armoury, even though I fail to see how many of the terms he dismisses above are in any way technically toxic.

For Hillman, mainstream psychology is too preoccupied with cause and effect; far too preoccupied with searching out causes and cures, in searching out answers to the wrong questions.  This type of psychology is a very unhappy and indeed dry pursuit.  In this respect he sees that practically all modern psychologies are anxiety provoking in their pusuit of answers to problems that they are trying to solve:

However, he argues that the cure is often easily overlooked in the context of modern society which is driven by financial motives, by new toxic myths like progreess and success (this author's words not Hillman's) and by blinding greed.  And so he propounds this cure thus:

Appreciation of an image, your life story as studded with images from early childhood, and a deepening into them slows the restlessness of inquiry, laying to rest the fever and the fret of finding out.  By its very definition, given by Thomas Aquinas in his Summa Theologica, beauty arrests motion.  Beauty is itself a cure for psychological malaise. (Ibid., p. 38)


Above the Belvedere Torso, an ancient piece of sculpture from the first century B.C.E.
Posted by Tim at 5:49 am No comments: Links to this post

In the footsteps of James Hillman 7 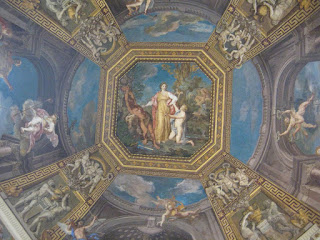 Hillman uses the quasi-religious terms "calling" or "vocation" quite frequently in this short book.  He gives two examples of people who heard such callings or answered such callings. viz., the English philosopher R.G. Collingwood (1889-1943) and the brilliant Spanish bullfighter Manolete (1917-1947).  As a young boy of eight the former had lifted down a volume of philosophy from one of his father's bookcases and had become entranced and enchanted by the words and by the ideas that lay behind them.   Even though he did not understand the full meaning of the concepts involved and many of the words at all, he knew that the book contained a deeper knowledge about our world.   Ever since then he had become besotted with philosophy and consequently ended up a one of England's more well-known philosophers of his time .  Hillman argues that the seeds of Collingwood's vocation were already there in him, or in the more metaphoric formulation of this concept, the acorn was already within him.

James Hillman argues that the acorn or daimon or calling or vocation or guardian angel or genius or jinn inside us refuses to be treated like a child, and hence often the rebellious intolerance of the child is a sign of the daimon calling.  He goes on to quite rightly criticize the theory of compensation put forward by Alfred Adler to explain artistic inspiration - indeed he quite rightly ridicules it (see The Soul's Code, pp. 25-26).  He is also highly critical of Freudian sublimation to explain this same artistic inspiration.   Indeed, the psycho-biographer, he argues, often indulges in sheer reductionism, and reads far too much into childhood and Freudian interpretations. Needless to say, Hillman is adamant that his own theory of the acorn explains such artistic prowess more thoroughly.  Let us listen to the psychologist's own words here:

A theory so degrading to inspiration deserves the derision I am giving it.  Compensation theory kills the spirit, by robbing extraordinary persons and acts of their sui generis authenticity.... For, as almost every extraordinary life shows, there is a vision, an ideal that calls.  To what precise actuality it calls usually stays vague if not altogether unknown. (Ibid., p. 25)


The Tyranny of Time

I find it hard not to agree with Hillman that time is the greatest tyrant in modern culture.  He traces this obsession with time back to Thucydides and Herodotus who invented history and also to the writers of the Hebrew Bible who continued to chronicle time.  He quite rightly sees therein the seeds of our obsession with progress.  On time, Hillman is nothing short of poetic:

Progress depends on it, evolution requires it, measurements without which we would have no physical sciences, are based on it.  The very notions of "new" and "improved" that lure your consumer desires are inventions of time.  The Western mind has trouble stopping its clock.  It conceives its inmost life as a biological clock and its heart as a ticker.  The electrronic gadget on the wrist encloses in a concrete symbol the Western time-bound mind.   (Ibid., p. 34)


The Neglect of Beauty

Above a picture I took in the Vatican museum this February.

Posted by Tim at 10:41 pm No comments: Links to this post

In the footsteps of James Hillman 6 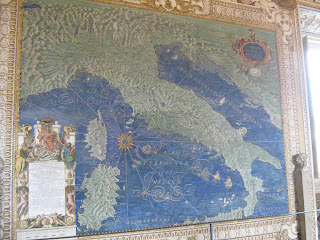 A Sense of Bemusement

Quite often when I read a book like Hillman's The Soul's Code I am quite frankly bemused because it is at once unique and incredible.  Something in me says this is all "airy fairy" nonsense, while something else in me says "yes, there is some truth here, and it is worth struggling with."  So my bemusement lies in a rather healthy tension between these two feelings.  In this way, I find I a not an unthinking or gullible follower of the latest fad or fashion, but rather a questioner of the latest wonder that life has thrown up for me.

What intrigues me about Hillman as it intrigues me about Laing is that they dare to be different, to question the accepted truths, to propose their own theories at the personal expense of vilification - now, that takes great courage.  Also, they treat people as people, patients as real human beings not as "cases" to be dealt with.  Ronnie Laing went into the mental hospitals in Scotland and spoke to the schizophreniocs as people and really listened to them, rather than writing them off as "insane."  Hillman does something similar, and this is where I find what he says interesting.  Take the following unusual passage from quite early in the book:

In regard to children and their psychology, I want the scales of habit (and the masked hatred within the habit) to fall from our eyes.  I want us to envision that what children go through has to do with finding a place in the world for their specific calling... The entire image of a destiny is packed into a tiny acorn, the seed of a huge oak on small shoulders.  And its call rings loud and persistent and .... shows in the tantrums and obstinacies, in the shyness and retreats that seem to set the child against our world, but that may be protections of the world it comes with and comes from. (The Soul's Code, p. 13)

That this is nothing short of radical and unique for a psychologist to say is an understatement, hence the scepticism shown by orthodox psychology to Hillman's theories.  Yet this again intrigues me no end, because this man believes what he is saying, and is extremely passionate about it.  Also he is an international scholar of some repute and is well versed and well read in what he criticises and in what he advocates.  He continues with words that strike me to be wise and positive in the extreme, and could be quoted to encourage parents whose children might have disabilities of one kind or another:

This book champions children.  It provides a theoretical foundation for understanding their lives, a foundation that draws its own foundations from myths,  from philosophy, from other cultures, and from imagination.  It seeks to make sense of children's dysfunctions before taking these disorders by their lieteral labels and sending the child off for therapy. (Ibid., p. 13)

Above an ancient map of Italy from the map room in the Vatican Museum, February 2010.

Posted by Tim at 2:45 pm No comments: Links to this post