Let there be no Negativity

I am conscious - all too conscious, indeed - that the title of this series of posts is negative.  Yet as any half discerning reader of these pages will note, I am not negative about religion at all.  In the last two posts I outlined both the positive and negative strengths of the Church and the positive and negative things I had learnt from my involvement in the Roman Catholic Church at many levels - including three years as a member of a Religious Order - over the course of my life time.  Indeed, to lose something implies that one has to replace it with something.  Therefore, in a sense, losing one's religion actually implies in a certain sense a deepening of "religion", or at least a change of what the word "religion" can or could be defined as.

Indeed, I have been involved in many wonderful groups associated with the Roman Catholic Church over the years: the Society of St Vincent de Paul, helping out in Homeless Shelters, annual retreats, theological and spiritual conferences, meditation sessions and even many wonderfully inspiring liturgies.  All of these things I still experience as personally gratifying, rewarding and even uplifting.  Even if they are not now my main source of spiritual nourishment, I have no problem participating in them.  In short, I can see much good in religions, not the least of which is their potential role in the moral guidance of the general populace .  However, there is no need to be a sociologist to note their significant decline in influence in these postmodern times.

It is also helpful to clarify what one means by religion and what one means by Church.  There are many definitions and many perspectives even within various religions and churches.  They are not all monolithic nor authoritarian.  Indeed, I also readily admit, and indeed I have often outlined the obvious flaws and major failings of various religious denominations in these pages over the years.

That much evil has been perpetrated in the name of the Roman Catholic Church over the centuries from the Crusades right through the centuries needs little adumbration here.  As some theologian once said, and I tend to agree: "There is nothing as good as a good religion, and nothing as bad as a bad one!"  Once again, indeed, it's not so much that Religion is bad or good per se, but rather that humans who go to make it up are bad or good.  What happens over the years in very orthodox and/or authoritarian structures is that a certain type of elite cling to power, and see that they have control over the faithful believers through the exercise of that power, and it has been the corruption of power that has led to the downfall of the Roman Catholic Church in Ireland and indeed worldwide. 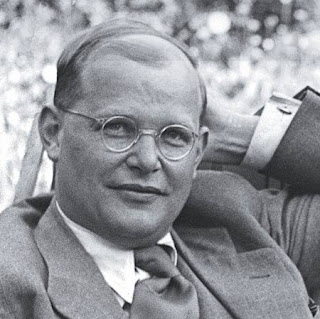 During my years studying theology I was quite taken with the great German theologian and martyr Dietrich Bonhoeffer's (1906 – 1945) concept of "religionless Christianity." There is a lot of depth to what Bonhoeffer was about in this seemingly contradictory concept.  This most learned and most spiritual of theologians wrestled with both the superficiality, blatant cowardice and indeed sheer capitulation of mainstream churches to the whims and dictates of an obviously deranged and evil dictator called Adolf Hitler.  Such a capitulation of central values which literally ripped the heart out of what religion should be must surely have inspired this great theologian to mint his wonderful, if paradoxical, concept.  Bonhoeffer invented "religionless Christianity" in prison shortly before his execution for his part in the Abwehr plots to assassinate the deranged dictator Adolf Hitler.  I have read several books on this leading German neo-liberal theologian and could not but be inspired by both his life and thoughts.  Bonhoeffer was a most congruent person, to use Carl Roger's great descriptor of the counsellor, or in more down-to-earth phraseology - this Lutheran pastor talked the talk and walked the walk at one and the same time.  An interesting account of "religionless Christianity" is given by Professor Richard Beck in his blog Experimental Theology and it can be read here.

What bothered Bonhoeffer was that a person could confess doctrinally correct beliefs, observe its moral codes, and follow the accepted behaviors and practices of the Church, while simultaneously committing unspeakable horrors. We have witnessed the same thing in the American South—the "Bible Belt"—where harassment, persecution and lynchings of African-Americans was a norm for “white Christians,” the forerunners of today's conservative Evangelicals.  (See here )

All of this corruption, hatred, suffering, pain and evil caused in the name of religion has undoubtedly got religion a bad name.  That, in short is what I mean by LOSING MY RELIGION.  There has been too much of a capitulation to other "values" than those espoused by Jesus Christ in his Gospels by many mainstream Churches and/or Religions.  In a sense, that is the road I have travelled in my own life, from being a member of a Church or Religion to being a person of deeper values located within my own search for personal authenticity.  To call this, then, my own spiritual search is no mere navel-gazing, no mis-guided egocentrism; nor is it a solipsistic escapism from a shared world with other humans.  In short, what I am getting at here is that I can only define myself by relating to others, by connecting with them in an authentic way.  This is essentially what I mean by spirituality - that journey to Selfhood in community with others who are similarly on a journey, or as the early Chjristians put it, those of us who are "in via" or "on the way."  This will conclude the present series of posts under the title of Losing My Religion as I feel it is a tad too negative as a title.  However, I will continue talking about Spiritual themes in the next many posts.  Thanks for your patience and for reading!
Posted by Tim at 5:46 pm