Here below I continue these posts on Narrative Therapy. Each post is a section of an essay by the same title which I wrote recently for an M.A. in Human Development.

White (2007, p. 1) asserts that externalizing conversations are conversations engaged in by the narrative practitioner and the client which attempt to deconstruct the false belief that “the problems of their lives are a reflection of their own identity, or the identity of others, or a reflection of the identity of their relationships.”  He goes on to stress that often many people come to believe that “their problems are internal to their self or the selves of others – that they or others are, in fact, the problem.”  Hence, to overcome this almost automatic or unconscious internalizing of the problem, White came up with the method of “externalizing conversations.”  Another term for “externalizing” would be “objectifying.”  Through engaging in “externalizing conversations” narrative practitioners seek to break this destructive “internalizing” of the problem by objectifying it or externalizing it.  In this way, they break the over-identification of the person with the presenting problem.  It is best described by an actual real example of an externalizing conversation.
Above, I mentioned one of my students by pseudonym.  Tommy is a 17 year old student diagnosed with ADHD.  He has been assigned a fulltime SNA because of his problematic behaviour in almost all classes.  He is a fostered boy who meets his birth mother, who suffers from clinical depression, every two weeks.  Around Christmas time he had a row in his foster home with one of his foster brothers where he drew a knife on one of them.  Needless to say, things got to crisis point where the family in which he is fostered were thinking of ending the arrangement.  Thankfully, after several team meetings in the school, things have settled down since.  Anyway, I meet Tommy twice a week in an anger management group comprising some six male students – all fifth years, either 16 or 17 years old.  I believe I have successfully used “externalizing conversations” with two of the group who have ADHD.  One of these is Tommy, and his foster mother and SNA believe that our group work has gone some way in helping to decrease his problematic behaviour.
One of the most interesting sessions we had was where I asked each boy to describe their presenting problem with an image.  As this group has been in place for most of the academic year, with confidentiality being one of its central conditions, the boys trust one another and share quite easily.  Tommy described his own ADHD as a “puppy on E” while the second boy described his as “an angry terrier.”  Another boy in the group described himself as a “sloth” because he was so lazy.  However, this individual suffers from clinical depression and his medication causes a certain amount of sleepiness.   Three of the six boys in this group have SNAs who have since followed up on this session by reinforcing this imagery with the boys by asking such questions as:  “Have you managed at all to get a lead around your puppy yet?” etc. I have found humour essential here also, as the boys quite liked the idea of the animal images
As a Resource and Learning Support Teacher who spends a little more than half my time teaching adolescent boys with Asperger’s Syndrome, I have also found the technique of externalization very useful indeed.  Asperger’s disorder represents a different way of being in the world that is associated with a higher frequency of anxiety disorders and depression than experienced by neurotypical counterparts.  At least four out of twenty boys in our school unit suffer from some kind of depression while they all suffer from anxiety to a greater or lesser extent.  Cassin (2008, p. 48) argues that “(t)he inherent concretization in the externalization techniques in narrative therapy provide a novelly successful approach to psychotherapy with people with Asperger’s disorder and in many cases resolution of the conundrum.”  Now, I hasten to stress the point that I and other teachers are no therapists, but these Narrative Practice techniques can be safely and profitably used in group situations like the classroom by responsible and mature adults.
For example, one of the Asperger boys, Tony (pseudonym), who is eighteen, is still prone to throwing tantrums when he does not get his way.  I have asked Tony to describe his tantrum or rage and to give it a name.  He has named it the “tornado.” Over a period of four weeks I got him, with the help of his SNA, to keep a diary in which to log his “tornadoes” and in our weekly meeting (Tony, his SNA and I) to describe how the tornado behaved and worked. I told him that he would be a sort of spy who would observe it as objectively as he could. Tony was able to identify that confusion over getting too many instructions at the one time and his anxiety over change caused a number of his explosions.  Then he, his SNA and I were able to write a Social Story[1] about each of these issues. 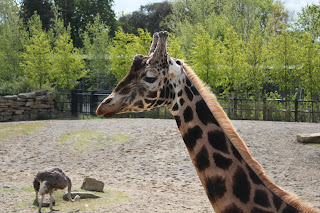 Everyone has many stories to tell about their lives.  The young men in the above group are no different.  They readily share with the group the history of their problems,[2] predicaments or dilemmas.  White (2007, p. 61) tells us that in doing this sharing “people link the events of their lives in sequences that unfold through time according to a theme or plot.”  They will talk about the losses, failures and disappointments in their lives quite readily and will mention the significant others in their lives who have been involved in these stories.  It is in listening to these shared stories that the therapist, teacher, group leader or facilitator can avail profitably from a technique White calls “re-authoring conversations.”
Using this technique, we can invite our clients or pupils or friends, or whoever comes to us looking for help to continue to tell stories about their lives.  In the above group we found that Tommy was very caring of his grandfather, with whom he had many long conversations.  He was able to tell the members of the group about how he used go for walks with him on occasion and about various conversations they had together.  He was also able to tell them about how he felt when the old man died.  There are other stories about Tommy that can be told outside the fact that he has ADHD and is assigned an SNA.  White (2007, p. 61) puts it thus: “Re-authoring conversations invite people to continue to develop and tell stories about their lives, but they also help people to include some of the more neglected but potentially significant events and experiences that are ‘out of phase’ with the dominant storylines.  These events and experiences can be considered ‘unique outcomes’ or ‘exceptions.’ ” It is these unique outcomes or exceptions that the facilitator, teacher or counsellor can use profitably to their advantage to find “a starting point for re-authoring conversations.”
Sometimes, also, I have been able to develop on what White (2007, 219)) calls “unique outcomes” or “exceptions” as starting points for re-authoring conversations: “The identification of such out-of-phase aspects of lived experience can provide a point of entry for the development of alternative storylines of people’s lives.” For example, another seventeen year old student, Seán (pseudonym) one day, instead of reacting to the taunts of other boys, chose to walk away instead.  His SNA brought this fact to my notice and we both used this “unique outcome” for a good conversation with him on his ability to control his temper and not to always re-act when others were deliberately “pulling his strings.”


[1] Social Stories were developed by Carol Gray specifically for use with students on the ASD spectrum.  Each story is designed to describe a situation, skill, or concept in terms of relevant social cues and perspectives in a specifically defined style and format. The goal is to share accurate social information in a patient and reassuring manner that is easily understood by its audience. It is recommended that at least half of all Social Stories developed should affirm something that an individual does well.  Gray is a consultant teacher in the area of ASDs and runs her own consultancy company.

[2] Before we began this “social/ anger-management” group we worked out the ground rules among which were confidentiality, not to feel forced into sharing when they do not wish to, and that some issues may be too sensitive or personal to share in a group setting.
Posted by Tim at 4:23 pm