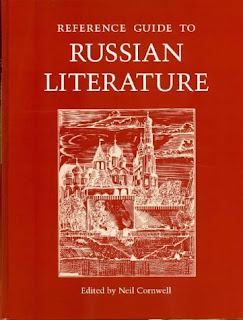 Discovering Russian literature was perhaps one of the best discoveries of my student days in the late nineteen seventies.  As I indicated in these posts before, it was a wonderful philosophy lecturer named Rev, Patrick Carmody, M.A., M.Phil., who introduced me to that particular world.  Obviously, I am here referring to the works of Leo Tolstoy (1828 –1910) and Fyodor Dostoyevsky (or Dostoevsky) (1821 – 1881) mainly.  Initially, I found the names of characters in their writings - with patronymics abounding - somewhat hard to get my head around, but once I persevered for a while I got used to them pretty quickly.  I also read some of Solzhenitsyn's (1918 – 2008) books.  What blew my mind about this literature is how it grappled with the great philosophical and theological questions of life.

In short, my engagement with Russian literature introduced me to the written word which plumbed the depths and scaled the heights of what it means to be human, and indeed humane.  This early Russian literature weaves philosophy into everyday life and indeed, everyday life into philosophy.  The characters in these novels are thinking and feeling human beings.  They are strugglers with life who seek to make some sense of what it means to be alive in the world of the here and now.  It is literature with an edge to it, as it were.  Russian literature is certainly not for the faint-hearted as it engages with all the big questions of life from birth to death and everything in between.  It also engages with the weaknesses as well as the strengths of the human flesh.  We meet murderers, lovers, gamblers, drunkards, alcoholics, madmen and mad women, philosophers, theologians, priests and people from all walks of life who are struggling to make sense of their existence on this earth.  Characters, like Ivan Ilyich from Tolstoy's eponymous novella is dealing with nothing short of what it is like to be dying at forty five years of age.


This novella, The Death of Ivan Ilyich tells the tale of the death, at age 45, of a high-court judge in 19th-century Russia. Living what seems to be a good life, even though he has a dreadful relationship with his wife, Ivan Ilyich Golovin bangs his side while putting up curtains in a new apartment intended to reflect his family's superior status in society. Within weeks, he has developed a strange taste in his mouth and a pain that will not go away.  Then, within a short space of time he realises that he is in fact dying and that none of his consultants can help him at all. This is a short book as the term "novella" implies that raises that great central question of life - the question of our very mortality.  To live means to die.  In fact, we are dying as we are living.  This is, in short, the central realisation or awareness of Existential Psychotherapy which I will describe in the next paragraph. 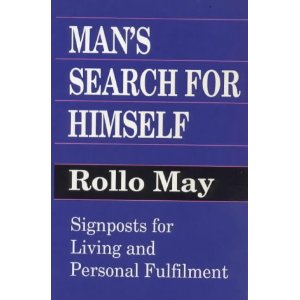 Regular readers of these posts will know that I have written many entries on existential psychotherapy, mainly through my comments on the writings and work of the American existential psychotherapists Rollo May (See here and following) and Irvin Yalom (See here and following).  Now the former of these two scholars and therapists is considered to be the father of American Existential Psychotherapy.  May is the author of many books and he was much influenced by the theologian Paul Tillich as well as many existential philosophers such as Kierkegaard, Nietzsche, and Heidegger.  We may say, in summary, here that Existential Psychotherapy is a powerful approach to therapy that takes seriously the human condition in its whole spectrum or gamut of experiences.

It is also an optimistic approach in that it embraces human potential, while remaining realistic  through its recognition of human limitation. Falling in the tradition of the depth psychotherapies, existential therapy has much in common with psychodynamic, humanistic, experiential, and relational approaches to psychotherapy.  I have also written some posts entitled Existential Psychotherapy here.   Having said this by way of tangential reference to my interest in psychotherapy of all kinds, I wish to stress here that the Russian Literature of Dostoyevsky and Tolstoy bring us down to existential depths and up to existential heights.  These two Russian authors enthralled me from the beginning because of this interest in the human Psyche, in the human Soul, in the human Self.  In short, these Russian novelists were perspicacious and wise psychologists. 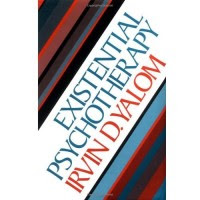 We all go through crises in life.  Sometimes, if we are the anxious type, we can metaphorically "make mountains out of molehills" as the traditional phrase has it.  However, what I am referring to here is a far deeper crisis, one which cuts us to the core, cuts us down to size or shakes the foundations of our being, to mention several metaphors by way of attempting to come to grips with life at its most painful.  Other metaphors might be to say that these existential crises are experiences of life at the edge, or experiences where we feel "the jagged edges of existence."  Hence,  an existential crisis can be excruciating since one is utterly alone in experiencing this crisis.  One feels utterly cut off, utterly isolated, utterly alone.   At the very core of one's being there is nothing but emptiness, loss, absence and sheer meaninglessness.   There is no inherent objective meaning  as to why you are alive at all - everything is meaningless.

Leo Tolstoy, too, whose wonderful novella I read years ago and which I described above in my opening paragraphs, faced his own existential crisis at the peak of his career.   Despite all the accolades he received for his literary success, he still felt it was meaningless beyond the narrow and sycophantic blathering of would-be critics and the sophisticates of the nobility.  To experience such existential angst at the peak of one’s success is terrifying – where does one go from there? One cannot even, as Jean Paul Sartre said, fall into Bad Faith by inauthentically believing there is a fixed reality which makes the world certain and predictable.  Once one knows that there is no inherent meaning, one is simply bereft, abandoned on a sea, not alone of confusion, but on a sea of possible extinction if one is really broken and crushed.

What if you achieve everything you desire and then realise that it is worthless to you? Central to the experience of the existential crisis is the awareness of one’s mortality.  In fact, the awareness of the brittleness, littleness and shortness of our existence is something we humans wish to avoid at all costs lest we be undone.  Hence, the repression of the reality of our mortal nature is one of our greatest repressions.  Once you become fully aware of the inevitability of your death, existential anxiety arises in the form of existential guilt for not living a life of one’s choice, but rather one of duty and obligation to social and cultural norms that you believe upheld a purposeful cosmic meaning. Now that is gone – what now?  This, in short, is the existential crisis recounted by Tolstoy in his wonderful novella - The Death of Ivan Ilyich.

If you are caught in your own existential crisis asking in despair "What is this life all about at all?", take time to engage with the observer of your life – you yourself! Existential psychotherapy is a tremendous investment in yourself to reconcile the difficult feelings and experiences we must all face in coming to terms with our own Selves.   Existential psychotherapy will assist you in addressing your angst and adopt the enormity of responsibility for choosing how to live and fully embrace what Freedom really means. An existential therapist will not shrink from letting you encounter repressed fears and to face them head on, thereby liberating you for the real work of Freedom - choosing to follow the unique path that leads to your true Self in all its creativity, that wonderful working out of the imagination with which you are blessed as a virtue of being human.  They will journey with you and offer you the support to encounter your existential angst and live in the knowledge and awareness that you have the power to choose your own existence.
Posted by Tim at 12:06 am No comments: Links to this post